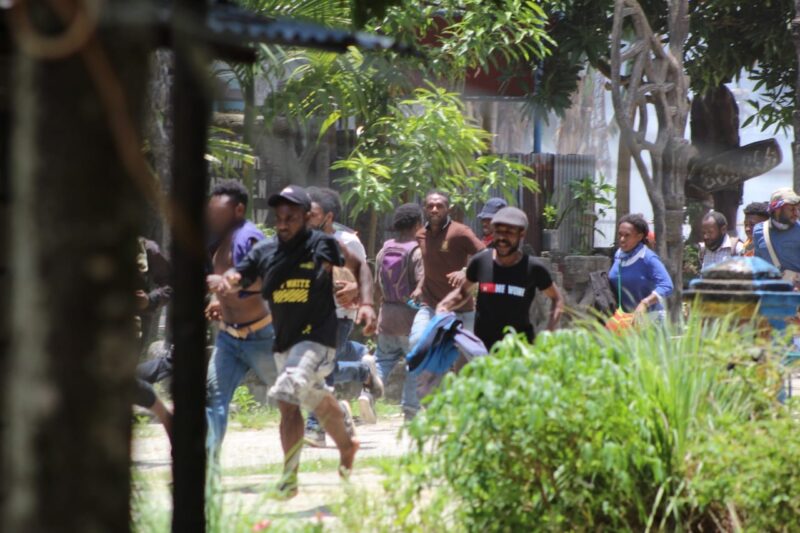 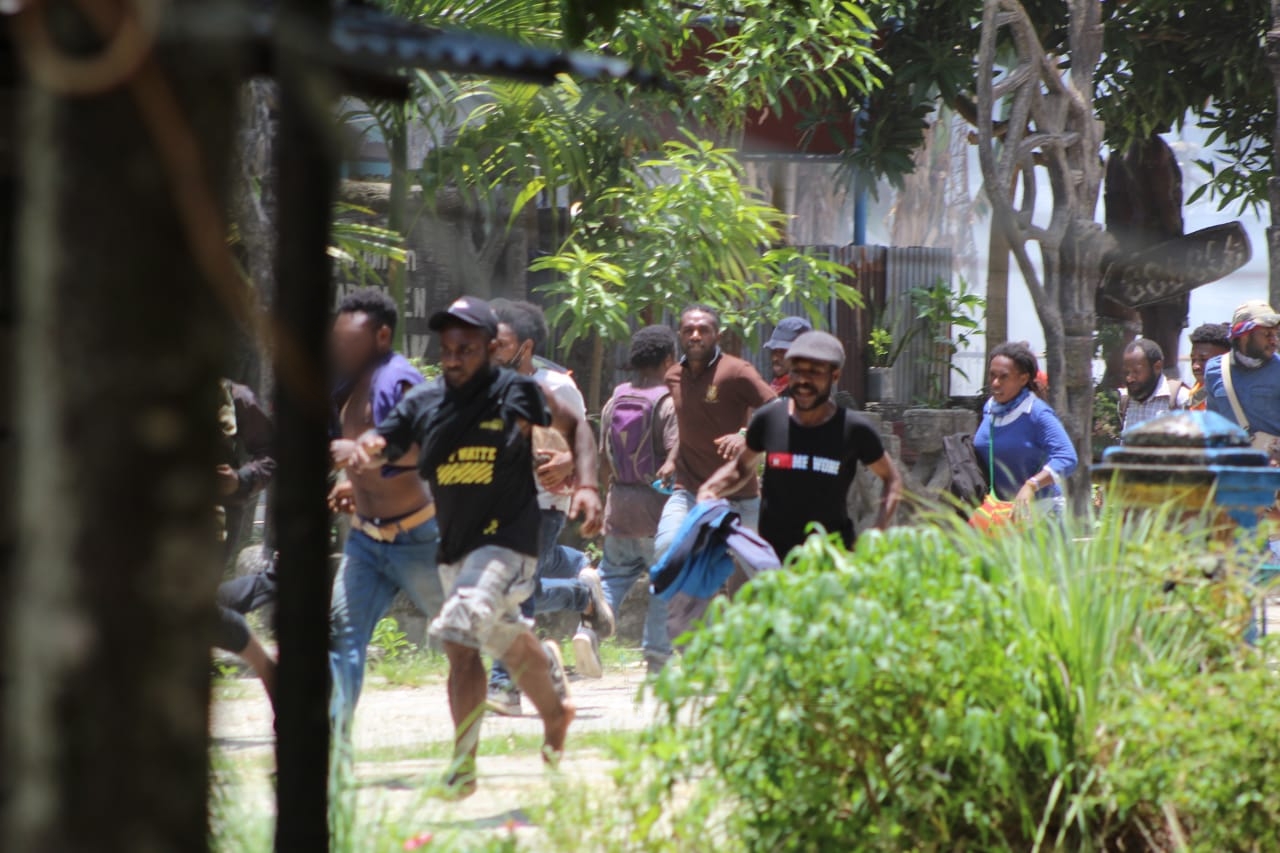 Earlier in the morning, students conducted a peaceful rally in front of the auditorium of the University of Cenderawasih demanding the campus authority for allowing the students to establish a post of the Solidarity for Students.

According to Emmanuel Gobay from the Coalition of Papua’s Human Rights Lawyer, the police had released 726 students since Tuesday (24/9/2019). Further, Gobay, who is also the Director of Papua Legal Aid Institute, said other seven students are still with the police for further investigation.

“Seven students have transferred to the Directorate of General Crime and Investigation of Papua Police for further investigation,” he said in Jayapura City on Wednesday (25/9/2019).

Moreover, he said based on the detail investigation; the police named six of them as suspects. “One student has just released due to no enough evidence to conclude him as a suspect.”

Based on the information received by Beritagar.id from the Coalition of Papua’s Human Rights Lawyers, the six students are Assa Asso, Yogi Wenda, Jembrif Kogoya, Abraham Dote, Elimus Bayage and Yandu Kogoya.

Regarding the next legal action, a human rights lawyer Gustaf Kawer add the coalition would propose a pre-trial hearing to Papua Police Chief in regards to illegal arrest and detention.

“Our team will further discuss it internally before deciding our next legal action,” he said.

Another rally by students in Yalimo

Meanwhile, some students conducted a rally in front of the Yalimo Regent’s Office, Yalimo Regency, Papua Province on Tuesday (24/9/2019). They asked the local government to immediately repatriate their fellow students who are currently studying in different Indonesian cities outside of Papua.

The coordinator of exodus students from Yalimo Alfons declared that the students demanded the Yalimo Regional Government to advocate and provide assistance to some student activists who detained by the police.

“We also strongly support the opening of the UN session in Geneva, which began on Monday, 23 September 2019. There is no justice for Papuans under the United Republic of Indonesia,” he said from Yalimo on Tuesday (24/9/2019).

Meanwhile, an exodus student Siska Gombo said they come home to Papua for demanding self-determination for Papuans through a referendum.

“We students also urge the government to withdraw both local and non-local military forces from Yalimo Regency,” she said.

In the evening after the rally, the previous regent’s office located in Elelim, the capital of Yalimo Regency which currently base of several government offices including the Communication and Information Office, the Civil Registry Office and the Regional Finance Bureau, has caught on fire.

“Since Tuesday afternoon, the exodus students returning from different cities outside Papua were allowed to establish a post of communication in that building,” she said.

However, when they held a meeting at the Forestry Office around 9 p.m., they found that the old regent’s office already caught on fire.

“We suspect that some culprits did it intentionally. We are also shocked to find out the office caught on fire,” said Alfons. Moreover, he suspected that some culprits might be responsible for this incident but try pointing a finger to them.

Meanwhile, a local youth leader Linder Faluk said he heard about this fire incident occurred since 9 p.m. “But we are still not clear about who did it.”

“I hope the hospital can provide good medical treatment to all injured patients. So they can recover soon,” he said.

He also asked the students to come back to their respective cities of study. If not, the provincial government of Papua would terminate their scholarship.

“I would stop the scholarship if they refuse not coming back to their cities of study. Indeed, some students are funded by their parents, but some are recipients of the provincial scholarship,” he said.

Moreover, Enembe also appealed the exodus students in Papua to not disturb the public order in Papua. “You cannot come from different cities of study, then take anarchistic action here. It should not be allowed,” he said.

Concerning a public clash in Expo Waena and a riot in Wamena, he wishes there is no other similar incident happened in Papua Province. “Because it does not only harm yourself but also harm others.”

Meanwhile, Otis Tabuni, the chairperson of exodus students from Nduga, said the students feel no longer safe while being in their respective cities of study. Therefore, they decided to come home.

“Until now, we are not feeling safe being there because of the intimidation and terror we are facing, whether it is in our homestay or campus.” (*)

Ceremony and Pomp in Papua