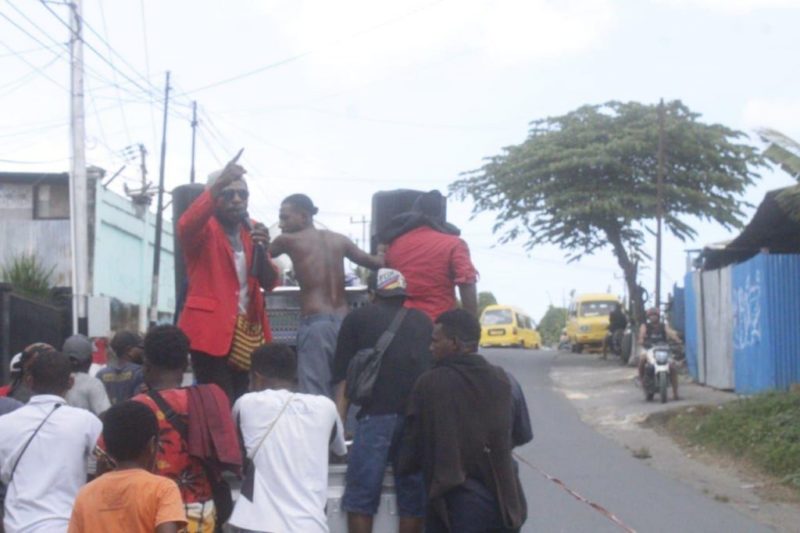 Students' peaceful rally in Sorong before the police hijacking their pickup truck to disperse their protest. – Jubi/Garda-P 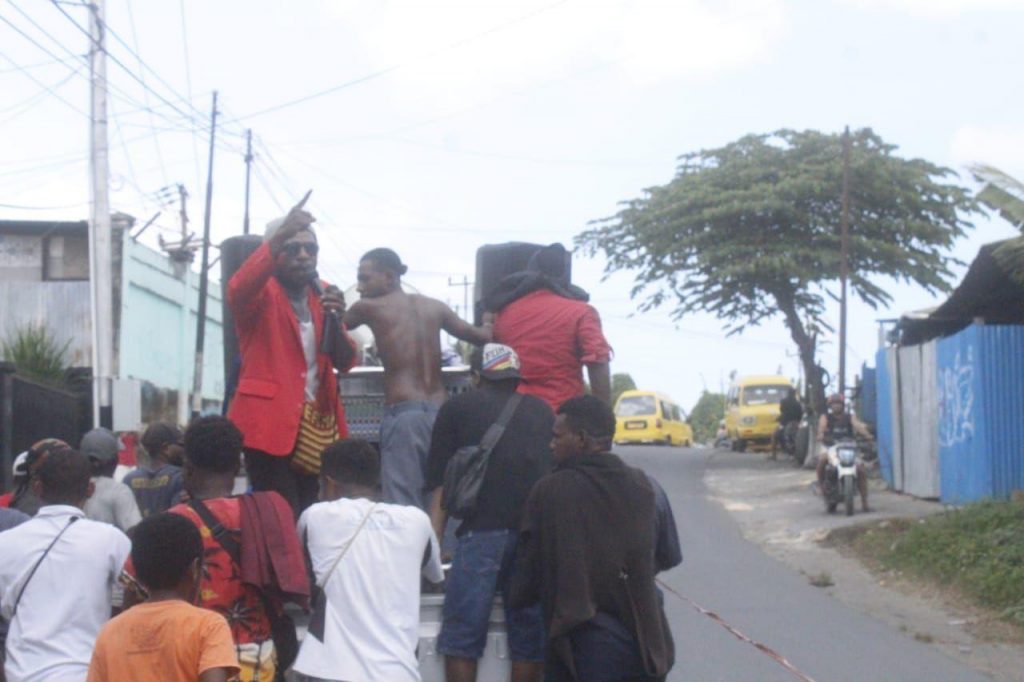 Students’ peaceful rally in Sorong before the police hijacking their pickup truck to disperse their protest. – Jubi/Garda-P

Jayapura, Jubi – Police intelligence allegedly kidnapped three of seven members of Solidarity of Sorong Raya community on their pickup during a rally on Wednesday (18/9/19) in Sorong Municipality.

While the news is writing, the presence of the three identified as Joni Bame, Yosep Syufi and Yeheskel Kalasuat is still unknown. “We don’t know where they are taking them,” Naftali Yewen told Jubi by phone one Wednesday evening (18/9/19).

Naftali Yewen, the Chairman of Garda-P (Papua Democratic People’s Movement), said the police blocked the truck of seven protesters at around 11:00 pm at Jalan KPR Malanu.

“They (the police) used the patrol car to block the road. Both equipped police and mobile brigade personnel were there,” he said.

A few moments later, he said the pickup driver was asked to get out of the car because he had no car licence. “While negotiating, a police intelligence entered and started driving the truck towards the city with seven passengers on it. The protesters just found out that the pickup driver was a police intelligence after 100 meters, and they repeatedly shouted for help,” said Naftali, who followed the car with his motorcycle.

Then, when the pickup was across Kelapa Dua Aspen (pensioner’s dormitory), four of them jumped from the truck. “Four jumped from the pickup and fell. We tried chasing the truck up to the Regent Office, but a car patrol had already blocked the road. So, we missed our friends there. We went to the police station and the district military base, but we didn’t see the pickup. So, we backed to the location where we started the rally,” he said.

Along with this arrest, both police and mobile brigade personnel dispersed the crowd and took away their megaphone and pamphlets.

“Because it’s not what Papuan people want. It is the only interest of a particular group of people who ask for a regional extension and building a presidential palace in Papua. It’s not what Papuans needs today. We want a referendum, nothing else,” said Yewen.

Meanwhile, until the news is published, Jubi keeps trying to get confirmation from the Sorong Municipal Police Chief Mario Christy Siregar but has not yet received the response. (*)

New Military Command Should Be Led by Native Papuan

THE AIRPLANE OF SUSI AIRLINES WAS BEING SHOT, MULIA AIRPORT WAS GUARDED