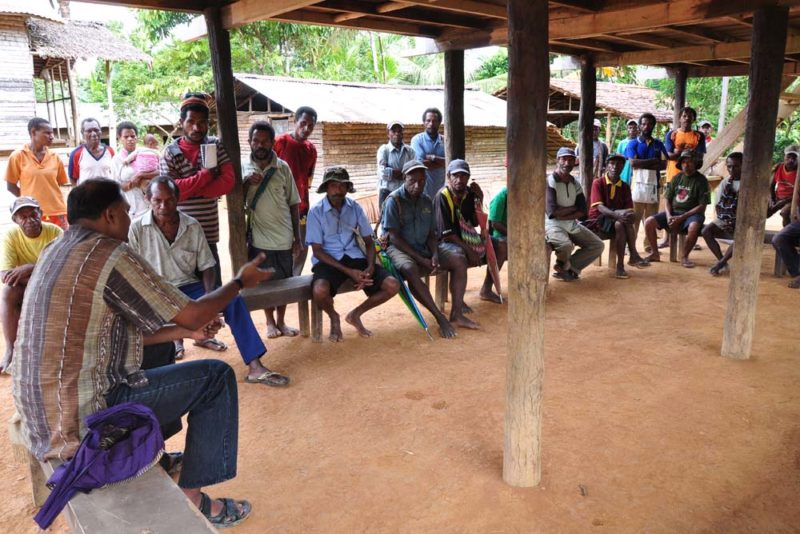 Jayapura, Jubi – Papua New Guinea is preparing measures to give citizenship to refugees from West Papua work and live in the entire parts of this country. The State’s authority though the department of immigration states they are running a process that would be required to grant citizenship for West Papuan refugees.

The Deputy Chief of PNG Migration and Refugees Affairs, Esther Gaegaming said about 3000 refugees from West Papua who are currently stayed at refugee camp in East Awin, Iowara, Kuinga of North Fly Province have been registered. “Our division has started with registration and naturalization towards West Papuan refugees in the entire country. My team has registered about 3000 of West Papuan refugees. Most of them are eligible to obtain citizenship and we will run this process with them,” Gaegaming told Jubi on Monday (14/12/2015).

Further she said the PNG Government has made decision in offering citizenship to West Papuan refugees but they must make detail verification on the refugees and process their application if they took this offer. Gaegaming proclaimed that refuges are the most vulnerable people in the world who need helps.

The West Papuan refugees, further she explained, have lived in PNG for over fifteen years ago. “There is the greatest humanitarian crisis of all time, that is the displacement is happening at around the world,” she said.

She explained millions of people have fled their home because of war, persecution and seek for protection. “West Papuan refugees have come to our country over the last fifteen years since 1960 and we are fully aware of their situation.”

Because they have lived quite long time in PNG, according to Gaegaming her country sometimes considers the West Papuan refugees are just fine. “But everyone in the world has rights on housing and legal rights attached to citizen. The PNG Government has also set a naturalization fee of K10,000 for each refugee.

But this cost as mentioned by the United Nations High Commissioner for Refugees (UNHCR) in its report “2015 UNHCR Sub-regional Operations Profile – East Asia and the Pacific” would be exempted.

UNHCR consider the measures taken by the Papua New Guinea Government as positive act to integrate the West Papua refugees. In order to protect the refugees, a clearer legal basis of this new migration is also in preparation.

“UNHCR will facilitate the sustainable solution for the West Papua refugees, in particular for local integration, and will support the capacity of both government and NGOs to provide protection and effective aid for asylum seekers and non-Melanesian refugees,” reported UNHCR.

In the early of 2015, the Head of Boven Digoel Regional Boarder Area, Martinus Torip said as many as 30,000 residents of Boven Digoel and Merauke are living in PNG territory. “During the time, the Indonesian citizens in PNG are spreading at several villages,” said Torip at that time.

He said it’s more about 30,000 of Indonesian citizens have status as refugee in PNG, after the political conflict that was occurred in 1984. (Victor Mambor/rom)