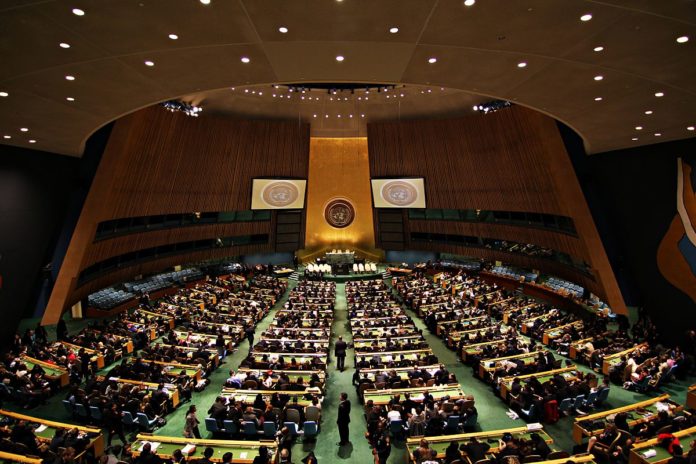 However, the Prime Minister said Solomon Islands finds Taiwan’s limited and restricted participation with the World Health Organisation regrettable, especially at a time when the spread of infectious diseases is impacting children and needs everyone to assist.

He said similarly, Taiwan remains unjustly on the fringes of the International Civil Aviation Organisation’s decision-making process despite managing more than a million flights or 58 million passengers through ‘Taipei Flight Information Region.’

“There has always been two political systems along the Taiwan Strait and the reality is the world works with one and turns a blind eye to the other.”

He said the implementation of the (UN) 2030 Agenda calls for all hands on deck and therefore the UN must put the interest of humanity first and work with all including Taiwan.

And he added that the human rights violations and the pursuit for self-determination of West Papua are two sides of the same coin.

“Many reports on the human rights violations in West Papua emphasise the inherent corroboration between the rights to self-determination that results in direct violations of human rights by Indonesia in its attempts to smother any form of opposition.”

The Prime Minister said, “The principle of sovereignty is paramount to any institution whose core rationale is the respect for sovereignty. If the justification of sovereignty rests on a series of decisions that are questionable, then there is a case to challenge the legality of the argument of sovereignty.”

He added that, “As the chair of the Melanesian Spearhead Group that also includes Indonesia as an associate member and the United Liberation Movement of West Papua (ULMWP) as an Observer, Solomon Islands affirms the need for constructive engagement with Indonesia and looks forward in cooperating with Indonesia to address the violations of human rights in West Papua.

The Prime Minister also took the opportunity to reaffirm Solomon Islands support for the unalienable right of the people of the Territory of French Polynesia pursuant to annual resolutions of the UNGA beginning in 2013.

He said Solomon Islands continues to request the Administering power to work and cooperate with the UN Special Committee on the question of French Polynesia and C24 (UN Committee on Decolonisation).

The Prime Minister also made mentioned the question of New Caledonia on the United Nations Agenda.

He said the Melanesian Spearhead Group continues this issue and wished the people of New Caledonia all the best as they prepare to decide on their political future in 2018.

No Comment by Miss South Pacific on West Papua Issue

NZ musicians stand up for freedom in West Papua

AJI: Decision to Lift Restrictions on Foreign Journalists in Papua Should Not Be Questioned?