Pigai: Soldiers Involved in Shooting Should be Fired 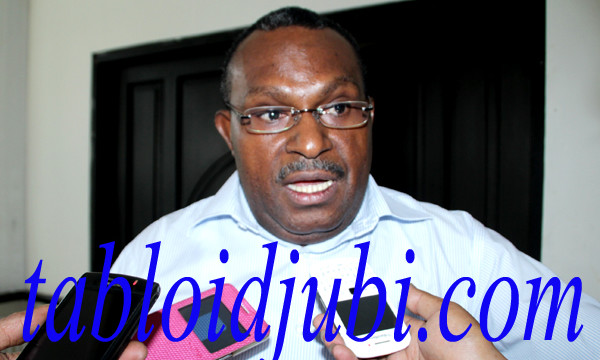 Jayapura, Jubi – The shooting incident involving military personnel, which killed two civilians and injured others in Mimika last week, has raised a concern among many parties, including members of Papua Legislative Council.

Papua Councilor from Mimika Electoral District, Wilhelmus Pigai stated those personnel must be dismissed dishonorably. “When military personnel do violation on ethic of conduct, they must be discharged without honor. They must be taken to further process according to the law. So, I urged them to be fired. No need investigation, because everyone knew. People witnessed when the perpetrators shot the victims,” Pigai said on Wednesday (2/9/2015).

According to the Law No.34/2004, Military is State’s apparatus, whose duty is to protect the sovereignty of State either from internal or external threat and to assist the Regional Government in providing security for the people. He thought this incident is the severe human right violation. “I regret for what was occurred. There shouldn’t be a statement saying it was a self-defense. It’s wrong. The legal process should be done in transparency, so people could monitor the process and it must be executed in Mimika,” he said.

However, Pigai appreciated the Regional Military Commander General Hinsa Siburian who promptly gave respond to the incident. “Military Commander is very communicative. Moreover, he is the former Mimika District Military Commander, thus he know how to act. I hope this process could be solved immediately. It’s tidak manusia,” he said.

UNCEN AGREES WITH GEMPAR ON SUBSTANCE OF PROTEST

LOST FOR TWO MONTHS, SEVEN FISHERMEN FINALLY BACK TO BIAK