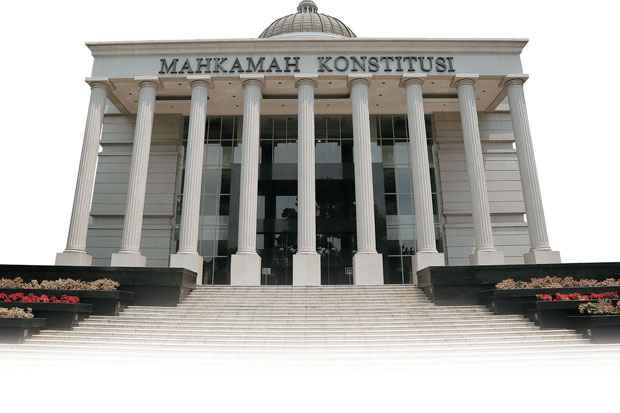 Jayapura, Jubi – The Constitutional Court in Jakarta rejected a petition for a judicial review on Law No. 12/1969 to the 1945 Indonesian Constitution on Monday (1/6/2020) due to the non-legal status of the applicants.

“… It turns out that the petitioners substantially challenged the PEPERA (the Act of Free Choice) of 2 August 1969 that recognised by UN General Assembly Resolution No. 2504 (XXIV) of 19 November 1969. Therefore, there was no connection with the impairment of constitutional right [of the petitioners],” stated in the ruling of the panel of judges led by Anwar Usman.

As a member of the petitioners’ attorney team, advocate Yan Christian Warinussy stated that his clients already suspected that the Constitutional Court would reject their petition. “It showed from the Constitutional Court’s legal consideration saying that Pepera 1969 was an international affair which ratified in Law No. 12 of 1969,” said Warinussy.

Warinussy further stated that it was not reliable if the petitioners were deemed not to suffer any constitutional impairment due to the enactment of Law No. 12 of 1969. “The applicants suffered from a constitutional impairment by PEPERA legitimacy which stipulated into Law No.12 of 1969. [The statutory of the law] then has expanded the slogan of ‘the Unitary State of the Republic of Indonesia is undisputed’ which caused applicants to be treated unfairly in the context of freedom of association, assembly and opinion. That is why they submitted a request to the Constitutional Court,” said Warinussy.

Concerning the Constitutional Court’s decision, Warinussy further said he would promptly learn more about it. “We will meet the petitioners to provide legal explanations, as well as submit a mandate to them to take further legal steps after the verdict,” he said. (*)