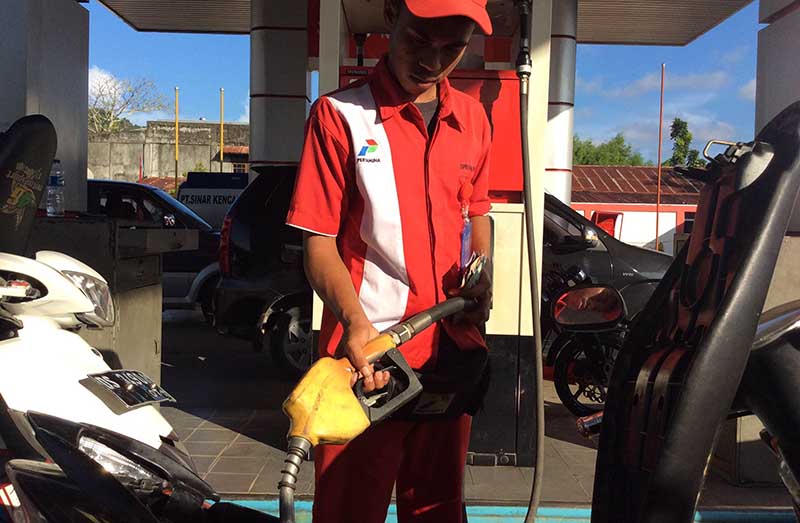 Jayapura, Jubi – PT Pertamina sought to reassures Papuans that all types of fuel are in stock for Papua and Maluku regions, including “Premium”.

Pertamina’s Marketing Operation Region VIII Maluku – Papua Retail Manager Zibali Hisbul Masih said the company would not withdraw the ‘premium’ gasoline from both areas.
Further, he said Pertamina has three types of fuel; ‘specific’ is including kero, diesel and so on, ‘general’ is including Pertamax, Pertalite, Pertamax Plus and Turbo.
“Meanwhile the ‘subsidized’ is including premium. It is obligation for Pertamina to keep distributing the public needs,” he told Jubi by phone on Friday (30/9/2016).
However, he admitted currently the number of people who change their fuel consumption from ‘premium’ to ‘pertalite’ reaches 28 percent. “We still distribute ‘premium’, because the ‘pertalite’ is only an alternative. So, it is still available to accommodate the market,” he said.
Jayapura City resident, Subhan, said he agree with Pertamina’s plan to withdraw the ‘premium’ from Papua, but the government should give an alternative. “I think it should get serious attention (from the government), but for Papua, it could not be implemented yet, because it should be well prepared,” he said. (*/rom)
energy pertamina

As Prices Spikes, Rice Intended for Planting Sent to Mills