People not be provoked with rumours on Freeport’s operating area 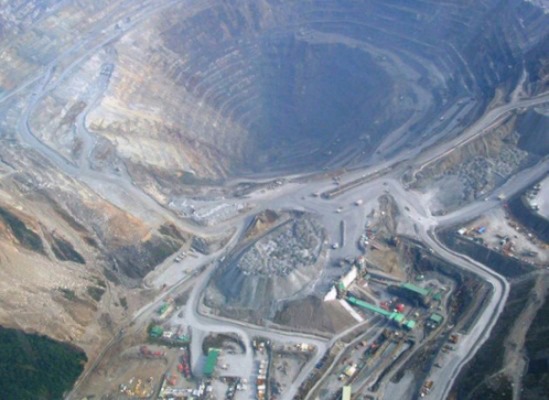 An illustration of Freeport mine. – the Courtesy of Jubi

An illustration of Freeport mine. – the Courtesy of Jubi

“Rumors say Freeport’s operating area has crossed the territory of other regencies. It’s not true. This issue is misleading,” confirmed the Rev. Degey to Jubi on Sunday (15/12/2019).

The operating area of PT Freeport Indonesia covers both mining and port areas, where located in Mimika Regencies. In 1972, Freeport started its ground mining exploitation which makes it the largest ground mining area in the world.

Along with advanced technology, Freeport shifted its operation into underground mining, in which activities are invisible from the public. This has raised speculations among people who believe the company’s operating area has crossed their regions.

“We appeal to people living in Puncak Jaya, Paniai and Intan Jaya to not being provoked. Because this rumour might harm people,” he said.

Also, he said if Freeport’s operating area has crossed the border of the three regencies it would impact on people’s lives. According to him, if the rumours are true, people in Puncak Jaya, Paniai and Intan Jaya might have a similar experience as people of Mimika Regency. Amungme and Kamoro tribes are indigenous tribes who are the most affected by mining activities of PT Freeport Indonesia.

“I think this would be happening upon them [if the operating area of PT Freeport has crossed the border of Mimika Regency],” he said.

Moreover, the Rev. Nikolaus Degey asked those who spread this rumour to stop provoking people in these three regencies. Instead, he encourages them to bring this issue to the court rather than circulating rumours that potentially harm ordinary people.

Meanwhile, the former provincial parliament member and the Chairman of Paniai Customary Council, John NR Gobai, the issue of Freeport’s mining area should be solved before talking about the provincial or regional area split in Papua. It is important to ensure that the establishment of new administrative areas would not raise conflict of interest to get a share of Freeport mining activities.

Gobai said the corporate, indigenous council and the government must sit together to solve this issue. The Government also need to guarantee the future of people.

“If I was questioned, I would say it’s better to solve the mining and land-tenure rights of people living around the company. [If] the company has done all this business in its mining area, they would go. People would never go, they will stay. So it needs a guarantee [for them]” said Gobai. (*)

MRP: Violence in Papua must be eliminated

The Police Chief of NRFPB Suspect in Treason Case

Education and health services in Ngguti – Merauke Regency not running

Poverty in Papua Should be Addressed, says Indonesian Legislator

NO FREE HEALTH CARE FOR NATIVE PAPUANS AT RSUD ABEPURA