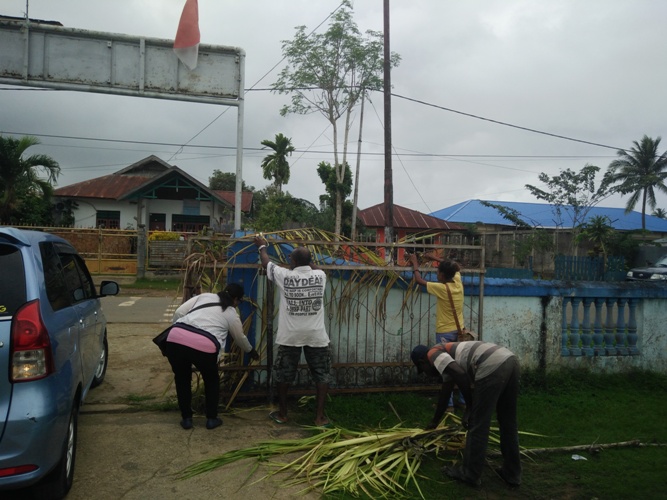 Merauke, Jubi – The Regency Government (Pemkab) of Merauke is asked to take the problem of settlement of Ulayat land owned by Marind people seriously, because it has caused abruption of public facilities both schools and offices.

The request was submitted by the Chairman of Papua Regional Representative Council (DPRD) of Merauke Regency, Francis Sirfefa to Jubi Friday (July 7). “Iif the government has completed data related to a number of public facilities questioned by Ulayat rights owners, it should be explained in a transparent way as it is to be known to the public,” he pleaded.

Particularly on the case of Ulayat land relate to SMPN I Merauke his office has requested an explanation from the local Education and Teaching Department Head, Felix Liem Gebze last week and delivered the land, certified and entered the local assets.

According to Sirfefa it is not possible to pay compensation again, if it forced to do so, it could be the findings of the Supreme Audit Agency (BPK).

Nevertheless, he said, the owner of Ulayat rights should be respected. If there is no official land release, the government must finish by awarding it, so that it will not cause any problems in the future.

The owner of Ulayat land of SMPN I Merauke, Nikolaus Kaize said, since 1985 the land which is belonging to the four clans, has not been paid by the government.

“Yesterday we did the ransacking with the aim of asking the Merauke Regent, Frederikus Gebze to pay responsible,” he said. (*)

Five Hundreds of Village Chief in Tolikara Were Unilaterally Fired