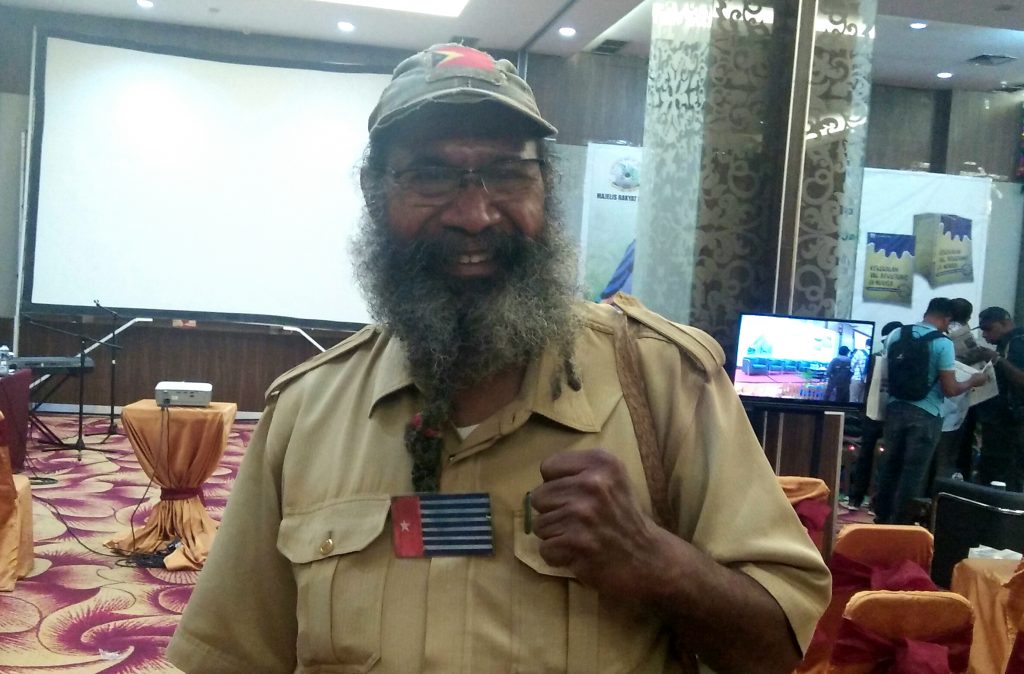 Jayapura, Jubi – Papuan freedom advocate Filep Karma said what indigenous Papuans need from the Government of Indonesia are not about clothes, food or houses, but more related to emotional well-being.

It is more about security, safety and peace, Karma told Jubi, to comment about the implementation of Special Autonomy in Papua. He mentioned it while a break during the seminar on the investigation of the conflict in Nduga held by the Papua People’s Assembly (MRP) in a hotel in Jayapura City, Monday (9/12/2019).

According to this former political prisoner, when People’s Vote (Pepera) held in 1969, the Indonesian Government promised prosperity to indigenous Papuans if they wanted to join with Indonesia. However, until now, the Indonesian Government is considered being failed to embody its promise. Both Special Autonomy Law and Fund which annually delivered to Papua since 2001 are also not able to prosper the indigenous.

“I think Papuans have not measured the well-being of food, clothes or any materials. Instead, they want to happy and live peacefully, that the state can guarantee that they would not be kidnapped or arrested or executed. That’s the well-being that we want,” said Karma.

Moreover, he also supports the plan of MRP and MRPB (People’s Assembly of West Papua Province) to evaluate the Special Autonomy through a public hearing with indigenous Papuans in 2020.

” Autonomy is a political confectionary. It sorts of a statement from the central government for Papuans to not ask for independence. Instead, we gave you this Special Autonomy. That’s it,” he said.

But, he further said, if the evaluation found that the Special Autonomy failed to prosper the indigenous Papuans, the last alternative for Papuans is independence,” he said.

“In 2020, MRP and MRPB will collaborate to organise public meeting (on the Special Autonomy). People will determine what they want. No matter what, bitter or sweet, MRP will recommend people’s desire to the state and the world,” said Murib.