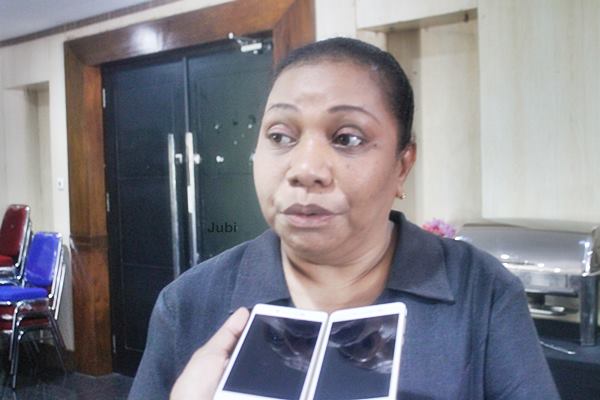 Jayapura, Jubi – The international research committee of the Australian National University has announced that three Papuan women has been selected in the Pacific Research Colloquium 2016.

The women are lecturer of the International Relations at the Faculty of Social and Political Science of Cenderawasih University, respectively are Melyana R. Pugu, Elvira Rumkabu and Mariana Buiney.

Melyana R. Pugu said they managed to beat thousands of research proposals by other applicants. “For 2016, we have three indigenous Papuan women who passed the international research competition held by the Australian National University. There are thousands of applicants but three of us made it through the selection,” said Melyana R. Pugu to reporter in Jayapura on Saturday (26/3/2016).

She explained that she would conduct a research titled ‘Model of Indonesia-PNG Border Area Management of Keerom District’, while her colleague Elvira Rumkabu has research on ‘Special Autonomy and Oppositional Dichotomies of ‘Komin’ – ‘Amber’ Identity in Papua Province and Mariana Buiney would go on reseach on ‘The Impacts of Trans Border Crime in the Human Security of the People of Skow and Enjoying Border Areas between the Republic of Indonesia and Papua New Guinea’. dan Papua New Guinea’.

“So, of thousands of research proposals received by the committee, they have selected 20 researchers to participate in the presentation seminar held in the Australian national University, in which they will learn about new research method in addition to the method they have learned before,” she said.

She continued the presentation seminar is also conducted in the Southern Pacific region, including New Zealand. The seminar has very positive impact, such as to strengthen a good relationship with Pacific including Australia and New Zealand.

“It is to bond the Pacific researchers through working with the experienced academicians who specialized in the social researches in this region,” said Ms. Pugu. (Abeth You/rom)

PAPUA GOVERNOR TO BE IN TIMIKA TO RESOLVE TRIBAL CONFLICT