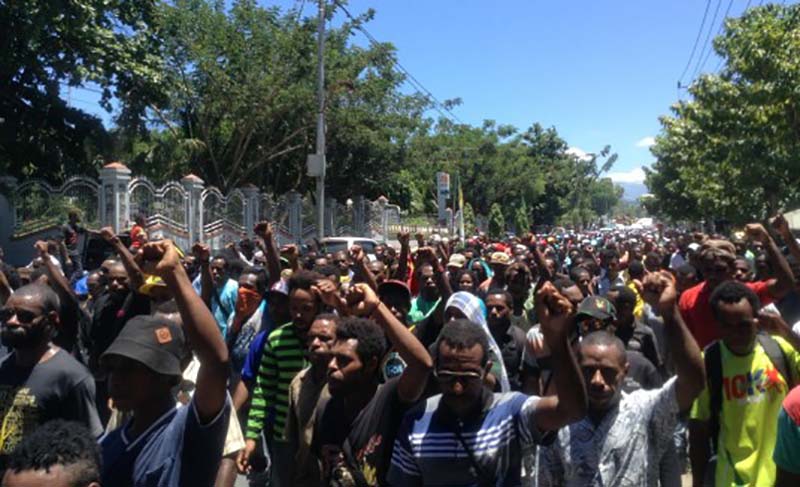 A woman activist from Yayasan Beatrix Biak, Agustina Klorway, said in Biak on Monday (5/9/2016) the protest was to support the policy of the Regent Thomas Ondy who officially banned the circulation of liquor since 1 August 2015.
“We hope the local parliament could immediately ratify the regional regulation on the restriction of liquors as a legal basis in the monitoring on the ground,” she said. The demand was also backed by community groups and the Christian women fellowship of GKI Biak Selatan
She said alcohol had given rise to domestic violence, assaults, immoral acts leading to other crimes.
The support of women towards the regulation, according to her, will be expressed through a peaceful demonstration on Monday, 5 September 2016 in the local parliament office and Biak Regent Office.
Earlier, the Regent Thomas Ondy already revoked the License for Sale for 58 stalls, shops and cafés and retailers of liquors.
“Biak Numfor Government also froze the operational licenses of three liquor distributors in Biak Numfor region,” he said.
However, up to Monday, the activity of liquors selling in many stalls and shops are still running in secret although the license has been revoked as instructed by the regent. (*/rom)
Liquor restriction Women

Despite being charged with a ten months sentence, 11 political prisoners are considered heroes of Papuan people

The arrest of protester, it is bad campaign for Indonesia