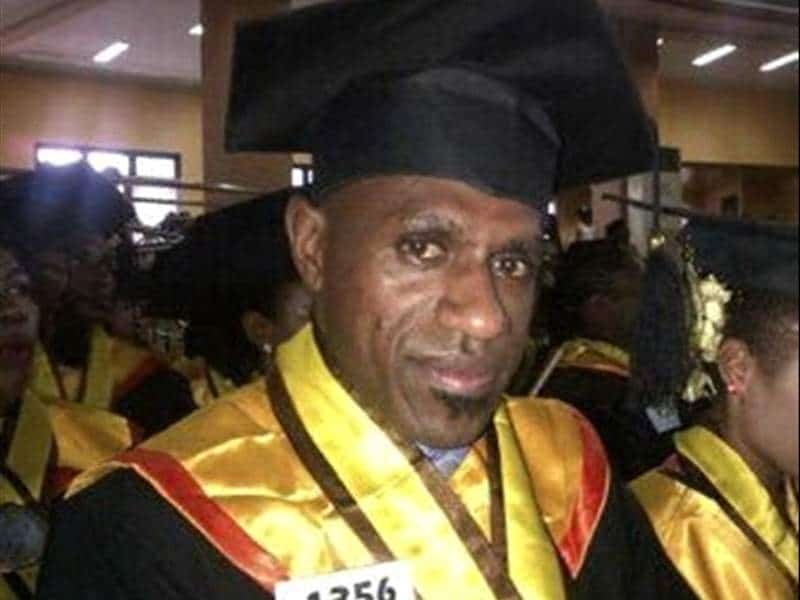 Jayapura, Jubi – Ferinando Pahabol, a Papuan footballer who currently plays for Persipura, admitted that he decided to become a footballer because of his talent and hobby. But, his parents wanted him to be more concerned about his education than playing football.

Football is a popular game for children in Papua. They play football on the street, and create a local freestyle football known as ‘patah kaleng’. In this local freestyle, the goal gates are made from cans (kaleng) and no goalkeeper. Instead, all players are strikers and defenders at the same time.

Papuan children often have a dream of becoming a footballer, but their parents would never let them go further.

“Do you think you can count on football when you grow up?” said the parents who thought there is no future in football.

Yanto Rudolf Basna, a Papuan footballer from Sorong Selatan, thought he must finish his study at Universitas Negeri Yogyakarta. Therefore, he posted his gratitude on Facebook when he finally graduated after being studying for about six years, even though he is currently a centre-back defender of Sukhotai FC who competes in Thailand League. Basna previously played for Khon Kaen of Thai League 2 in 2018 but was not capable of upgrading the club to Thai League 1.

However, although he has a high-value contract, Basna still needs to finish his study at Universitas Negeri Yogyakarta. He admitted to doing his exams online and has to complete his education for almost six years. He said he must fulfil his parents’ wish for him to finish his higher education at university.

“Thank God that after six years, I passed my thesis exam. Although it was online, it would not reduce my happiness,” he said on his Facebook.

Moreover, Basna, who was a former national team captain, said education is one of his burdens during his career as a professional footballer. But he finally can get through it. “It’s one of my personal goals that comes through,” said Basna.

“I remember that ten years ago before I went to Uruguay, my father, my mother, and my young siblings were sitting in the living room. Then my father asked me, “do you want to go to school or play football?” he wrote.

Without a second thought, Basna decided to play football because at that time he had an opportunity to train in Uruguay. His fellow team in SSB Numbay Star, Terens Puhiri, followed his step a year later. According to former SSB Numbay Star the late Amos Makanway, his two players Terens Puhiri and Yanto Basna had stood out since they were at Numbay Star soccer school.

“Then my father said it’s fine if it was your decision, and I got support from my family. However, my father gave me one condition, that I should give 60 per cent of my efforts to football and 40 per cent for school, and I cannot leave one of them,” said Basna.

His father’s advice becomes his reminder to keep his focus on one thing, that is his football talent. However, he is also aware that he cannot undermine another important thing, namely higher education.