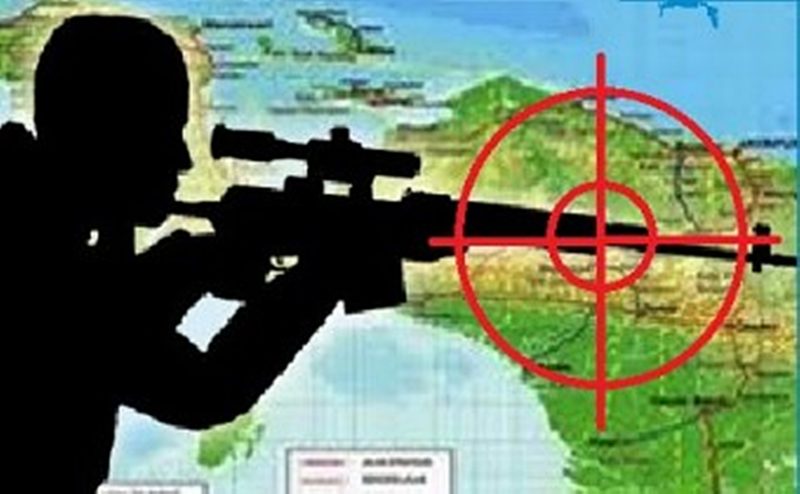 Jayapura, Jubi – A Papuan councilor criticized the shooting allegedly committed by the police that killed Kaleb Bagau and injured Efrando in the area of Gorong – Gorong, Timika, Papua, on Monday (28/09/2015), saying that Papuans have been treated like animals for so long.

The chairman of the faction of Golkar party of Papua Legislative Council (DPRP), Iknasius W Mimin, said Papuans have been victims of injustice, being chased, shot and killed.
“We are also part of this country but why are Papuans always killed. Where is the position of countries now? If this keeps happening, where are Papuans going since the Papuan people since in are their own land, they are chased and killed. For how long Papuans will be sacrificed? “Mimin said via phone when contacted by Jubi on Tuesday (09/29/2015).

According to him, such conditions make the Papuans now feel unsafe in their own land. Various stigma is always associated with the Papuans.
“DPRP, local governments, NGOs, and activists continue to stand for this but these condisitions are not changed. For how long Papuans would be treated like this, “he said.

The same was said by a member of DPRP of Commission I on Politics, Governance, Law and Human Rights, Laurenzus Kadepa. He said that, last August, the military shot six people in Mimika, two of them died and now police took a turn in shooting. Military and police in Papua are”racing” to shoot and kill civilians.
“Military/ police shot and killed native Papuans like a hunted animal. After the military shot people in Timika, members of the police did the same thing as a result two high school students became victims. Papua is in humanitarian crisis, “said Kadepa via phone. (Arjuna Pademme/ Tina)

Year 2013, there were eleven prominent security cases in West Papua

JOKOWI: 9 APRIL, PAPUA IS IN MY FIRST WATCH LIST