Papuan challenging the legality of 1969 Act of Free Choice 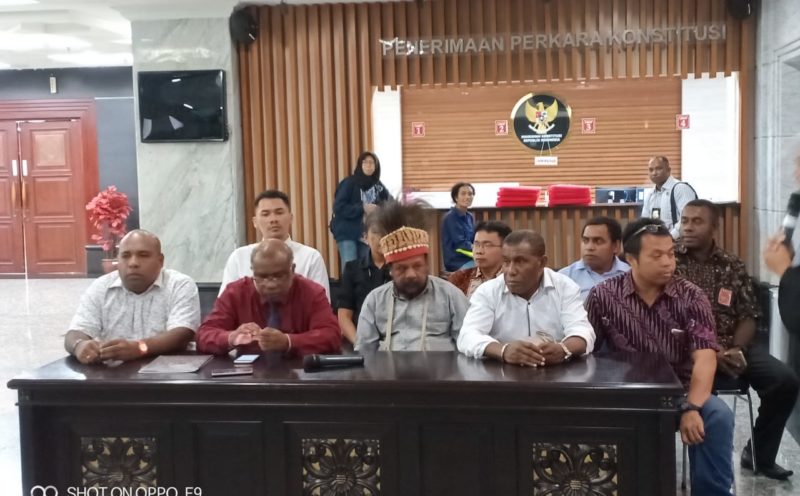 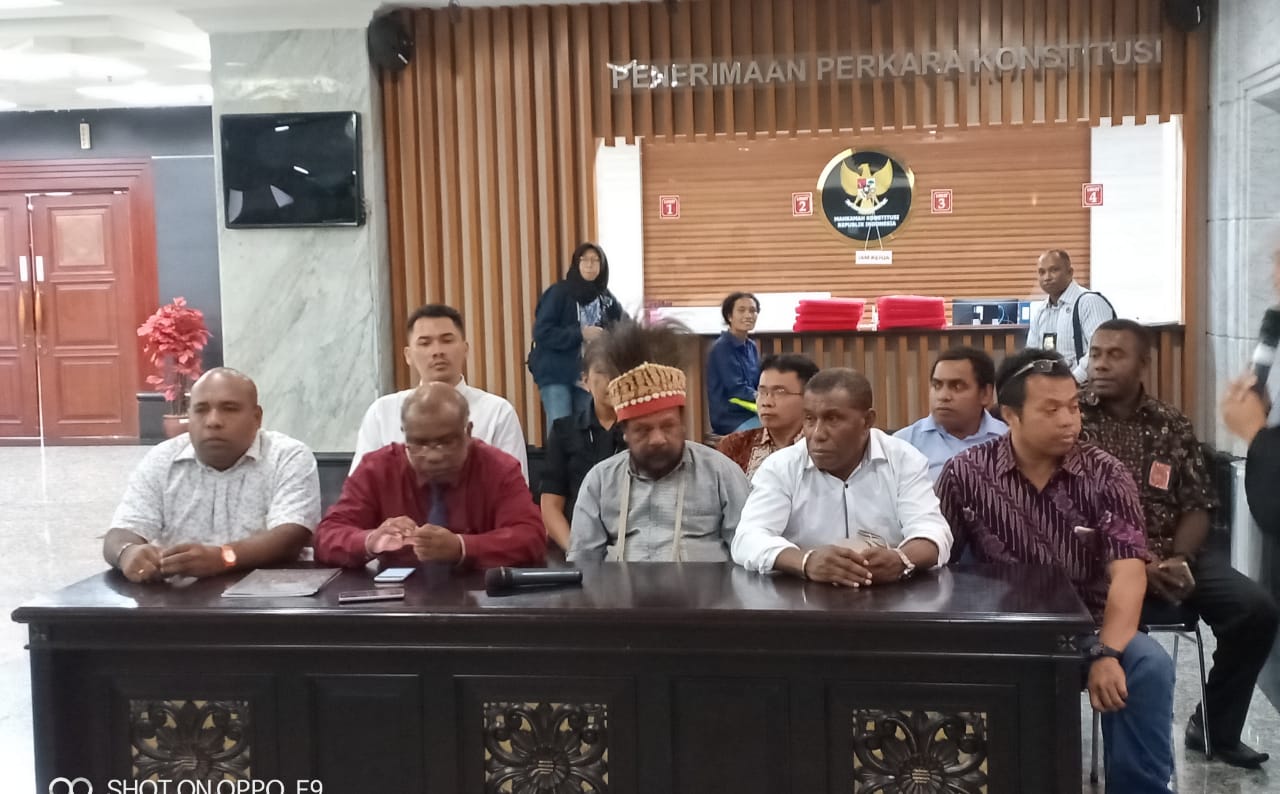 Jakarta, Jubi – Coalition of Lawyers for Truth and Justice of West Papuan People submitted judicial review to Law Number 12 Year 1969 regarding the Establishment of Autonomous Province of West Irian and Autonomous Regencies in West Irian Province which is related to the Act of Free Choice (AoFC) to the Constitutional Court of the Republic of Indonesia on Friday (12/4/2019).

The coalition of fifteen rights lawyers based in West Papua and Jakarta is led by Yan Christian Warinussy. Also representatives of the customary territories, church leader, Papuan Woman Solidarity and some peoples have involved.

Warinussy said, the 1962 New York Agreement, which is the legal basis of the AoFC, states that all adults, male and female, not foreign nationals to participate in the act of self-determination that shall be carried out in accordance with international practice. But in reality, only 1,025 out of approximately 800,000 West Papuan people at that time could participate in AoFC when it was carried out in 1969.

“West Papuan people not only suffered from military operations throughout the 1960s leading to the AoFC, but they were also forced to vote for Indonesia under threat of violence when the AoFC was taking place,” said Warinussy in Constitutional Court, Jakarta.

Therefore, he added the clause “…that as a follow up of the result of the act of self-determination, which has decided that West Irian was still a part of the unitary state of Republic of Indonesia…” stated in the Consideration of Law No.12/1969 is in contrary to the constitution articles 28E section (2) and 28G section (1) relating to right to freely express thoughts and actions in accordance to one’s conscience, and right to feel safe and protection from any threats of fear to act or not act on something.

Leonard Imbiri, representative of Papua Customary Council said paragraph 7 and 8 of the explanation of Law No.12/1969 states that the AoFC “… as the manifestation of the aspiration of the people has been completed…” and that it was “based on their full awareness” is in contrary to the constitution article 28I section (1) relating to right to life, freedom from torture, and right to freedom of thought and conscience.

“The flawed integration process of West Papua into Indonesia through this problematic AoFC has become the main root cause of the conflict in West Papua. We take this legal action in order to restore truth and justice for West Papuan people by correcting the history of integration process,” said Leonard.

This lawsuit is in line with the spirit of Article 46 of the Law of Special Autonomy for Papua Province – which was never realized since its ruling almost 20 years ago. Furthermore, this legal action is expected to educate the Indonesian government and people about the origin of root cause of the conflict in West Papua. (*)

Two Papuan civilians shot dead during protest, buried by the side of the road as resistance symbols