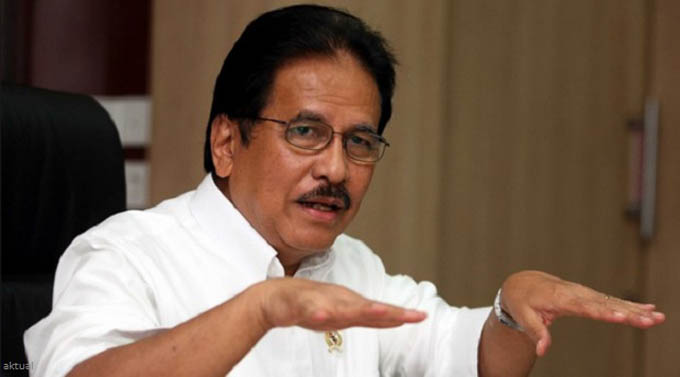 Jakarta, Jubi – The head of the National Development Planning Agency, Sofyan Djalil, said fast train projects linking Jakarta and Bandung and Jakarta and Surabaya are not the government priorities within the next five years.

Sofyan said on last week that these projects were not included in the National Medium Term Development Plan (RPJMN) from 2015 to 2019, as well as projects funded from foreign debt plan or government Blue Book (Blue Book 2015-2019).

He said connectivity projects estimated to be worth tens of trillions can only be done by the private financing “business to business”, without government guarantees or funding, as well as the state capital participation (PMN) in the State Budget (APBN).
“We should be selective how we inject to the areas most in need of basic infrastructure,” said former Coordinating Minister for the Economy.

He said for the Jakarta-Bandung route, the infrastructure connectivity is already adequate. According to him, Cipularang highway, railroad, and also plans to build a toll of Sentul, Bogor has been able to serve the connectivity of citizens or goods that cross the two cities.

“But there are still bogged down there, so if you want to make the private sector yes please. But the government would not put money on it, we would select the priority, “he said.

Sofyan said that the government was never put fast train projects Jakarta-Bandung through offering scheme Public-Private Partnership (PPP) in the past few years. However, he said, the PPP scheme was only for the feasibility study alone, not to the physical construction of the project.

Secretary of the National Development Planning Agency Imron Bulkin adding PPP scheme fast train is only to facilitate the Japan International Cooperation Agency (JICA) to conduct a feasibility study. He further said the government prefers to allocate the budget for the construction of a train in areas that do not have rail transport mode and Papua Trains are more priority with the current economic conditions.

He then said the government already incorporate rail projects of Papua and Kalimantan into the 2016 Government Work Plan. Currently, feasibility studies of Papua train is still going on. Meanwhile, the railway project in Kalimantan, one of which is the railway in East Kalimantan.

Director of Transport from Bappenas Bambang Prihartono previously said the first train service will be Sorong-Manokwari Papua. Papua rail construction costs will be taken from the state budget. (*)

FLOOD AND LANDSLIDE UPDATE: EIGHT KILLED AND ONE STILL MISSING

Railway is Most Effective in in Papua

Waena Public Transport Terminal to be Completed in 2015