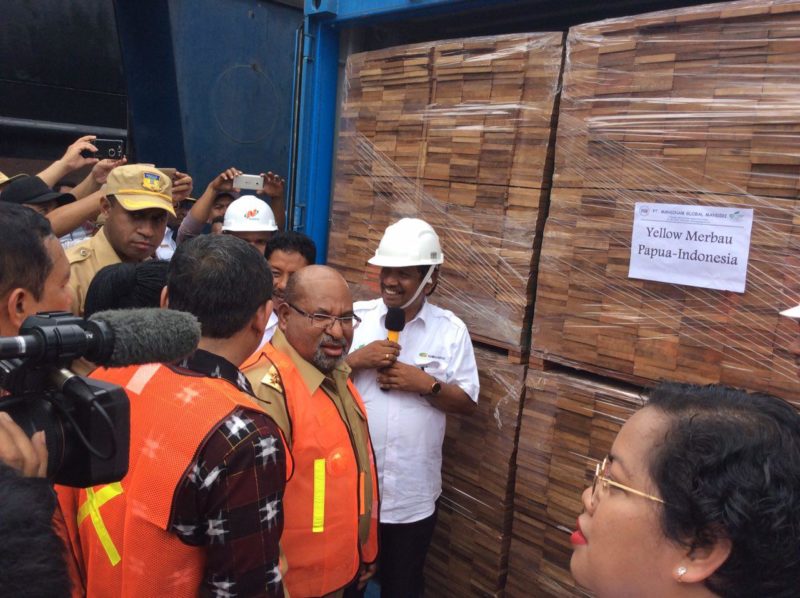 “The wood is processed in primary and secondary wood industry in Jayapura, coordinated by ISWA (Employers’ Association of Indonesia Processed Timber) Papua and Komda Papua,” said Ormuseray in his speech to release of 100 containers of yellow Merbabu woods to China on Monday, April 10th 2017.

It is expected, he said that exporters’ entrepreneurs will make regular efforts to export timber overseas and local governments are expected to support it.

Papua Governor Lukas Enembe said very grateful that Papua has become an exporting region overseas. He argues that Papua’s natural resources have yet been utilized well.

“We can export every month, but there must be enough labor as well in Papua. But at the moment it is good that the number of export is constantly increasing. It will be better if coupled from other commodities that have not been well explored such as tuna, coffee, coconut, and seaweed,” said Enembe.

Papua Governor wished for the government officials to maximize other commodities as Indonesian Port Company (PT. Pelindo) claimed to look for the market.

“Pelindo will find the market, I hope the government officials can work hard on this case,” he said. (*)

Bulog: Imported Rice in Merauke and Manado Intended as Reserve

Papua to Support Ministry of Marine and Fisheries Policies