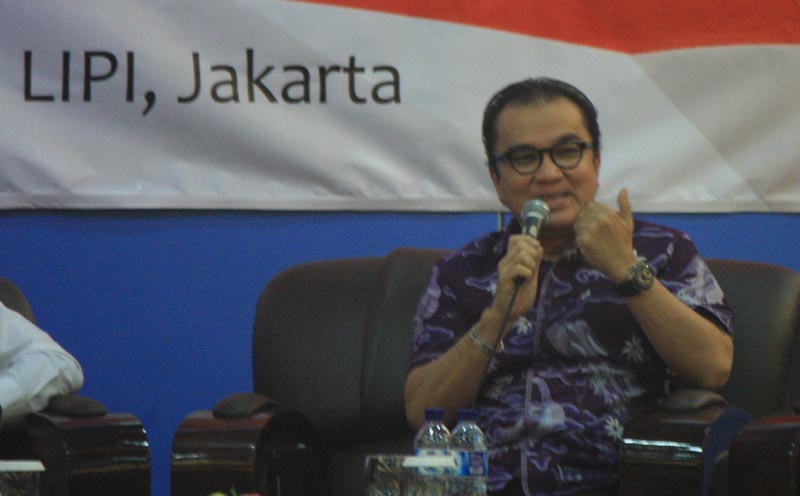 However, he said he believed there are differences of views between the parliament and the government on the issue of Papua. The parliament considered it a long-term important issue, that must be a priority to be solved together.

“But it is impossible to resolve the Papua problem comprehensively and dignifiedly if all stakeholders do not support each other, do not have similar way of think,” said Tantowi Yahya in Jakarta on Wednesday (27/1/2016).

According Yahya who’s politician of Golkar, the similar thought and opinion are very important to do together. In the parliament’s view, the government has not embraced all parties yet.

“While in the context of problem resolution, Papua problem is not able to be solved only by the government and parliament. It should involve another parties. I agree if the problem solving in Papua and Papua Barat provinces, the government has not embraced all parties,” he said.

Additionally, he added, the coordination between ministries is also not well implemented. He could feel it when Jokowi granted exemption towards five Papua political prisoners in last May and opened access towards foreign journalist.

In the same place, the Expert on Ideology and Political Affairs of State Intelligent Agency, Major General Kaharuddin Wahab said talking about Papua problem must refer to the fact. It cannot do by self-assuming or get tendency.

“In particular to those who live outside of Papua. Let’s give factual information to not increase another bottomless issue. Do not generate things happened in Papua. The most important is the President Jokowi and his officials to be more serious in paying attention to Papua,” said Kaharuddin Wahab.

Meanwhile the Minister Deputy for Domestic Political Affairs of the Ministry of Political, Legal and Security Affairs, Yoedhi Swastono said in general, the point is the indigenous Papuans have no trust to Jakarta. “And vice versa. Jakarta does not know how to build a grand design of Papua problem. It is said the key is having a dialogue. I agree with it,” added Yoedhi. (Arjuna Pademme/rom)

Military mystery: How many security personnel are there in West Papua?

Lukas Enembe: “it is clear criminalization”