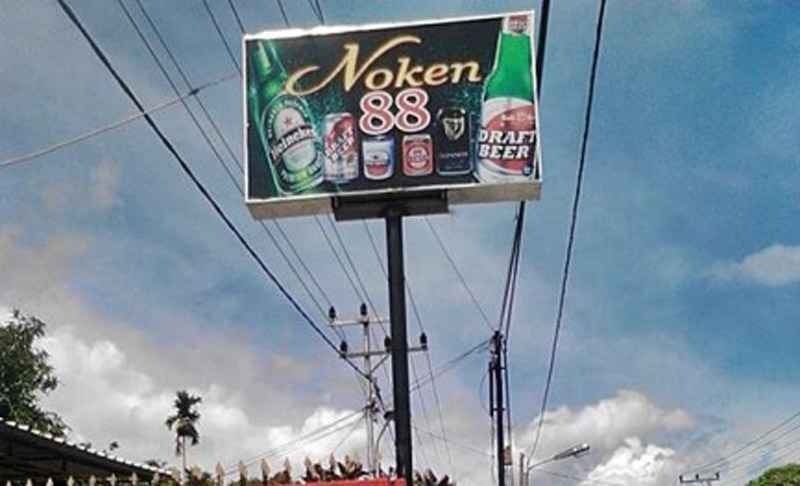 Jayapura, Jubi – A regulation on the prohibition of production, distribution and sale of liquor came into force in Papua Province following the signing of an Integrity Pact on Alcohol Drink Prohibition by the governor and regional heads communication forum (Forkopimda), the major and regents as well as the regional heads council.

The Chairman of Papua Legislative Council Yunus Wonda in the speech said the prohibition of the production, distribution and sale of liquor in Papua has officially applied starting today.

“The first regulation established in 2004 was only covered on the probation. Then in 2009, we invited the Papua Police to make a presentation on the percentage of death cases of Papuan youths as the result of consuming the alcohol drinks that caused the traffic accident, torture and domestic violence,” said Wonda.

And today, said Wonda, all regents and Forkopimda members must have commitment to sign the pact. It must be launched first, and would be evaluated because the evaluator has not yet been set up.

Meanwhile, Papua Governor Lukas Enembe said what was done today was a legacy for Papua next generation since it was written in the history and God witnessed it. “Today we declare our commitment to ban the alcohol drinks and yet to the drugs,” said Enembe.

With the signing of the pact, said Enembe, the regents and major agreed to restrain the liquor. Its distribution is not allowed in the land of Papua, because for the people of Papua it is forbidden.

“To all Papuans, if not us who else will. Every year many people died because of alcohol, many domestic violence were occurred,” he said.

He added, in the future the Provincial Government would form a task unit to guard and control the circulation of liquors in Papua at seaports and airports.

“We say ‘it’s over’ to liquor. The Regents and major to please prepare the task unit with the police to restrict the circulation of liquors in Papua,” he said.

Separately, the Chairman of Punjak Jaya Regional Legislative Council Nesco Wonda said though he wasn’t read the whole content of regulation, but basically he agreed about it because it’s not the new issue. Moreover, Papuans always have bad stigma from the outsiders.

“We are always stigmatized by the outsiders that Papuans are drunkards, this stigma that we want trying to stop,” Nesco Wonda said.

Especially in Puncak Jaya Regency, he said, the circulation of liquors is very limited, if so those who supplied and distributed are the security personnel. “So liquors are not much of problem, but there are merely bunches of drink made from fruits,” he said. (Alexander Loen/rom)

When a dense forest turns into an oil palm plantation