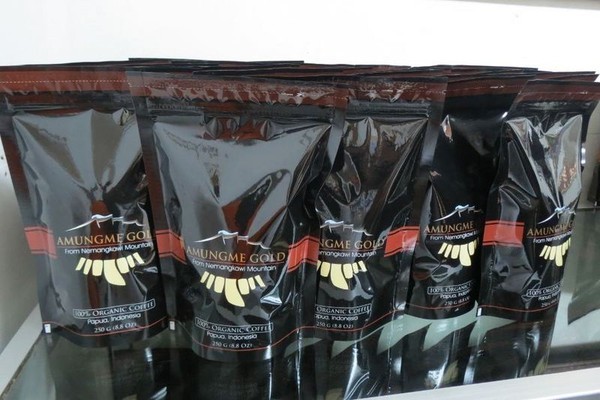 Jayapura, Jubi – Second Deputy Chairman of Papua Legislative Council Fernando AY Tinal said Papua has so much potential in the agricultural sector such as Arabica coffee that has not been optimized by the local government at both regional and provincial levels.

He said, for instance the Arabica coffee plant that is suitable to grow in Papua highland areas gets little attention from the local government; yet it has potencial to be a top commodity.

“I hope the Papua Provincial Government through Plantation Office as well as Cooperation, Trading and Industry Office to support the cultivation of Arabica coffee in Papua,” said Tinal on Monday (21/3/2016).

According to him, the Arabica coffee should become one of top export commodities for Papua; moreover it is listed in the world’s stock exchange, New York Stock Exchange (NYSE).

“Since 2009, BBCoffee exported its products to the international market. The end of 2013, it opened new distribution and sales office in Yogyakarta by launching online and offline market and barter of special product,” he said.

Separately, the Deputy Chairman of Commission II of Papua Legislative Council for Economic Affairs, Madai Gombo said Papua has much potential in agricultural sector to be developed and to improve the community economics.

“For instance coffee, red fruit (pandanus sp), cassava and others. It could become the economic resources for community,” said Madai Gombo.

Not only for agricultural sector, he further said, Papua also has potential for husbandry, such as chicken, cow and pig breeding. Local government should use all potencies. (Arjuna Pademme/rom)

West Papua’s Korowai people want to mine natural resources themselves

Residents Rally over Shortages of Food in Wamena