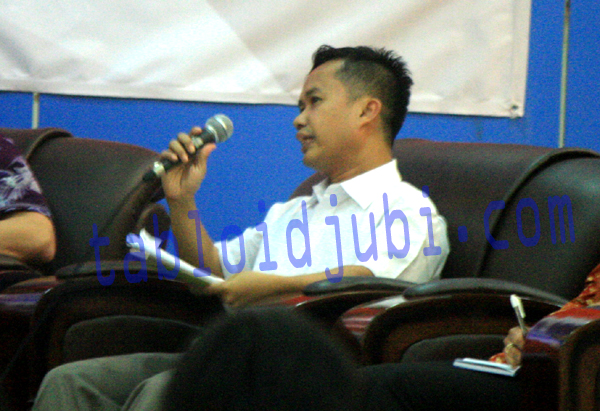 Jayapura, Jubi – What is needed most in Papua is not the construction of railways or the extension of Freeport Indonesia’s contract, but a dialogue between Jakarta-Papua to seek a common ground, researcher for Indonesian Institute of Sciences, Cahyo Pamungkas said.

Cahyo, speaking in a seminar held by the Indonesian Institute of Sciences last week, said the Indonesian government should not worry if later the aspiration for independent has risen in dialogue. Freedom is not necessarily defined as independence.

He said Muridan Wijoyo in his book ‘Papua Road Map’ published in 2004 explained for Papuans, freedom is big “F” rather than little “F”, for example how to let indigenous Papuans do planting without seeing the military. It is a form of freedom.

“Within dialogue, it could be negotiated when they asked for freedom. I think before building a railway and continue the Freeport’s contract; we should build the bridge of connection between Jakarta and Papua. It is more important than building a railway. How could we build the railway without a bridge to connect Papua and Jakarta? This gap must be faced,” he said.

He further thought the Melanesian Spearhead Group (MSG) could become a forum of dialogue between Indonesia and Papua. Those who represented the indigenous Papuans are the United Liberation Movement for West Papua (ULMWP). The Indonesian Government must recognize it.

“ULMWP and Indonesia are both members of MSG. ULMWP should be recognized and embraced for dialog. It’s our opinion. Dialogue between Indonesia and Jakarta could be mediated by MSG which both Indonesia and ULMWP are the legal members of the organization,” he said.

Papua problem could not be solved with guns and economic development. It should be more than it: there is a problem of identity as well as the trauma of human right violations in the past. If those issues are not resolved, regardless what it takes; it would be difficult to settle the Papua problems.

“Perhaps this is the time to reopen books written by Dutch missionaries that said other nation could not resolve the Papua problems than Papuans themselves,” he said.

At the same place, Deputy Minister of the Ministry of Political, Legal and Defense Affairs for Domestic Political Affairs, Major General Yoedhi Swastono said ULMWP is the representative of Indonesian-Melanesian abroad while in the country the Indonesian Melanesian Community Brotherhood has been declared on 6 October 2015 in Ambon by five governors of Papua, Papua Barat, Maluku, North Maluku and East Nusa Tenggara.

“The Indonesian Melanesian Community Brotherhood is the cultural organization under the Ministry of Internal Affairs. So, it’s not true if said the Papua Diaspora abroad only representing the indigenous Papuans,” he said.

In general, it’s all about distrust of Papuans towards Jakarta and vice versa. “Jakarta doesn’t know how to create a grand design. It is said its key is dialogue. I agree with it,” he said. (Arjuna Pademme/rom)