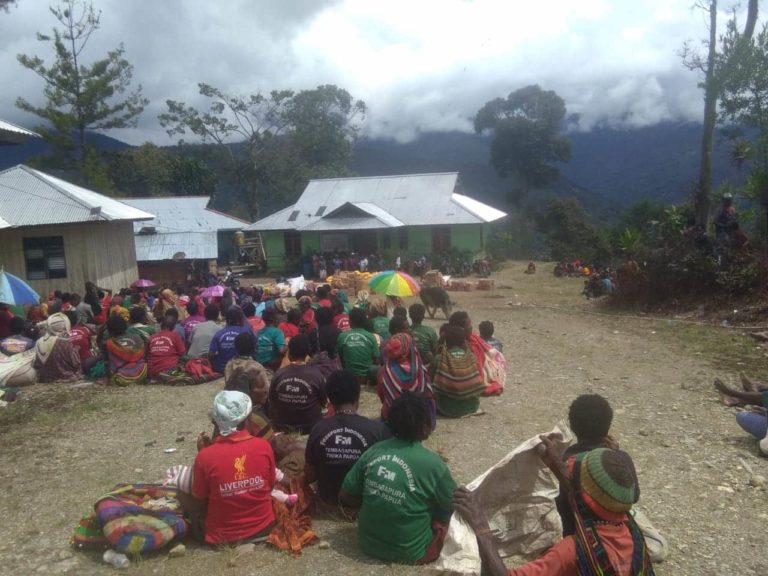 Jayapura, Jubi – Papuan Customary Council secretary John NR Gobai has urged the Papua Legislative Council to investigate the disappearance of Sem Kobogau, 51, a man declared missing after being taken by a number of soldiers on Oct. 5, 2021.

Gobai demanded the Papua Legislative Council to talk with all related parties to help investigate the case.

“We hope that the Papuan Legislative Council speaker and the Special Humanitarian Committee would invite the commander of Kogabwilhan IV, the Papua Police chief, and the commander of the military command to probe this case,” Gobai told Jubi on Tuesday, Oct. 19.

Sem Kobogau is an officer in Bunagopa Village, Ugimba District, Intan Jaya Regency. His family came to the Intan Jaya Police to find out about his whereabouts but to no avail.

“Found no answer, the family held a mourning ritual for several days. We are worried that Kobogau will suffer the same fate as the Zanambani brothers some time ago, the bodies are missing to date,” said Gobai.

Previously, the XVII Cenderawasih Military Command said they were investigating the alleged disappearance of a resident of Intan Jaya. The Military Command’s Head of Information Lt. Col. Reza Nur Patria recently said that further investigations about the matter were currently underway.

“The XVII/Cenderawasih commander has ordered an investigation team to go to Sugapa District to seek information about this matter,” Patria said.

He added that had the investigation found the involvement of the Indonesian Military personnel, the perpetrators would be prosecuted according to law. (*)

GOVERNOR MUST KEEP HIS WORD IN DW-JW CASES , WARAMORI URGES