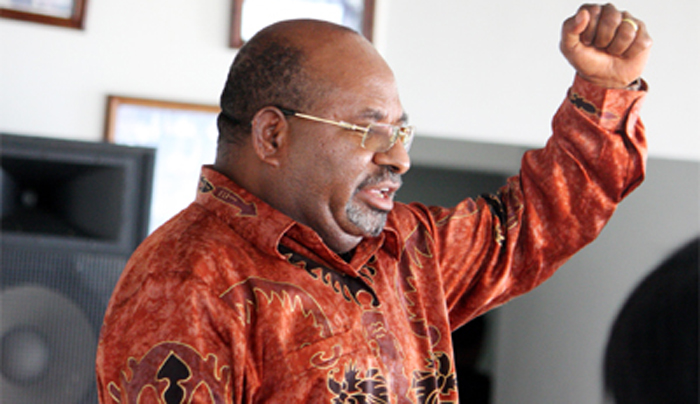 “I told this to Freeport’s EVP Community Development Sonny Prasetyo on Wednesday (30/9/2015) when I accepted him at my office,” Enembe told reporters in Jayapura on Thursday (1/10/2015).

According to him, Freeport’s presence and impact was associated with the welfare of Papua people, thus the company must improve its role in developing the people of Papua as well as in raising the fiscal capacity of Papua Provincial Government and local governments surrounding Freeport’s operation areas.

Further, he said the Provincial Government went to reorganize the mining business in Papua as the elaboration of Law No.21/2001 on Special Autonomy for Papua Province. “In 2013, the Papua Provincial Government has submitted 17 points of request to renegotiate with Freeport,” he said. Of 17 points, he said, 11 points are coming from new Papua Government while other 6 points were part of agenda of former administration of 2009 – 2014 period.

When asked about the plan of visit of the three ministers to Freeport a few times ago, he admitted the Papua Provincial Government disapproved the visit on Sunday because it’s not a working day. “They have inform us about the visit, but it coincides with Sunday, while we have issued the rule for not having activities on that day,” Enembe said. (Alexander Loen/rom)