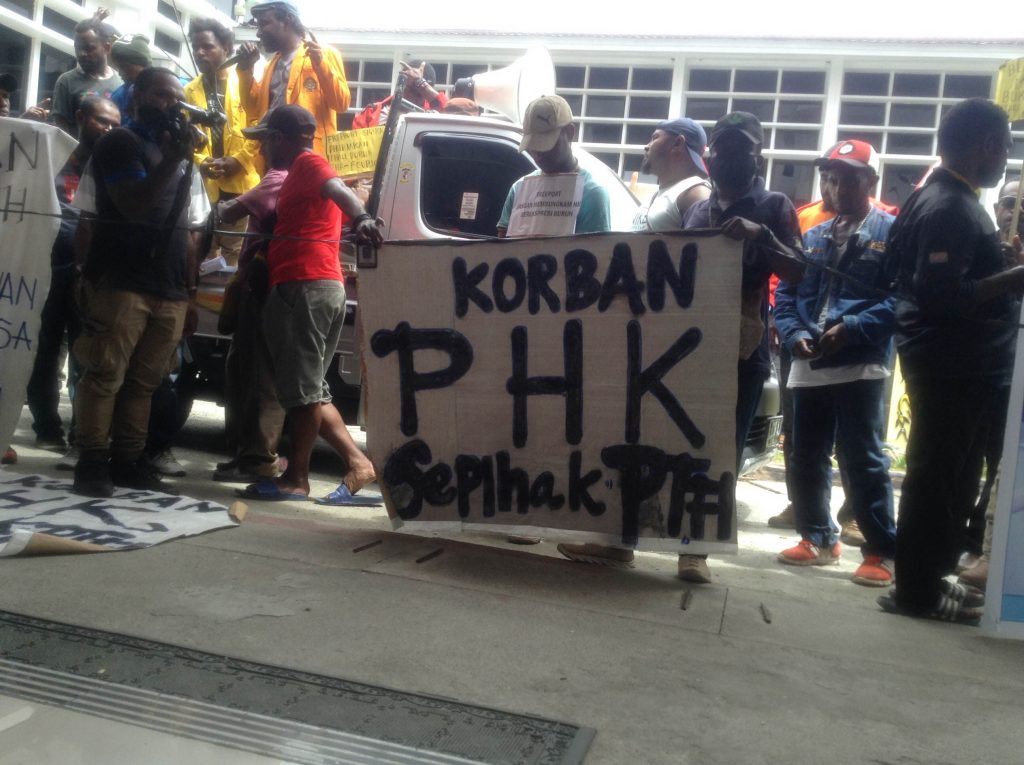 This statement revealed by the Head of Labor Inspection Office of the Papua Manpower Office, Melkianus Bosawer, in Timika on Thursday (14 /02/2019). He said the governor gave a deadline of two weeks for PTFI to follow up the letter.

“The governor expects that the Mimika Regional Government, the regent and parliament members and all relevant offices of Mimika Regency to follow up this issue seriously. The problem of employment occurs in Papua, not in Jakarta. So, if within two weeks, the management of Freeport does not respond to the governor’s letter, we will report this issue to the governor,” he said as quoted by Antara News Agency.

Regarding the labour issue of PTFI that have been taking place since May 2017, the Manpower Office of Papua has sent labour inspectors to conduct investigations and inspections in Timika since May 2018. The results state that the strike by the employees of PTFI and its subcontractors in May 2017 was legal.

Based on that, he said, Governor Enembe issued a decree covered three points, namely order the management of PTFI and other subcontractor companies to immediately pay wages and provide the right of workers who did a strike as included in the Collective Labour Agreement Handbook 2015-2017 and the Industrial Relations Guidelines.

Moreover, PTFI is asked to immediately reinstate all former employers on strike and prohibited from recruiting new employees before the employment issue is completely solved.  The governor also stressed that there was no more negotiation with the management of PTFI regarding the issue of on-strike employees.

“There are too many victims; 41 employees who joined the strike died, whereas other employees cannot access the health services because the company blocked it,” said Bosawer.

He added the governor’s attitude toward this issue driven by a humanitarian concern to many problems faced by the on-strike employees, given that more than two years 8,300 employees have not found a better solution to their problem. However, Papua Provincial Government suggested the former employees do not conduct any acts that possibly taken by PTFI to the court.

On the other hand, he said, the government is also ready if they should face PTFI in the court to stand for the right of thousands of employees who unilaterally dismissed by the company under the pretext of voluntary resigning.

Separately, Freeport spokesperson Riza Pratama said the former employees are part of around 3,500 workers of PTFI whose their contract has terminated due to prolonged absence. Based on labour regulation, they qualify to be considered resigned.

“The company have conducted some efforts to call these employees to return to work, including an announcement in newspaper and radio, advertisement, poster, a letter via the community letter, and direct letter to the employees calling them to work. However, only a small portion of them answer this calling,” said Riza Pratama. (*)