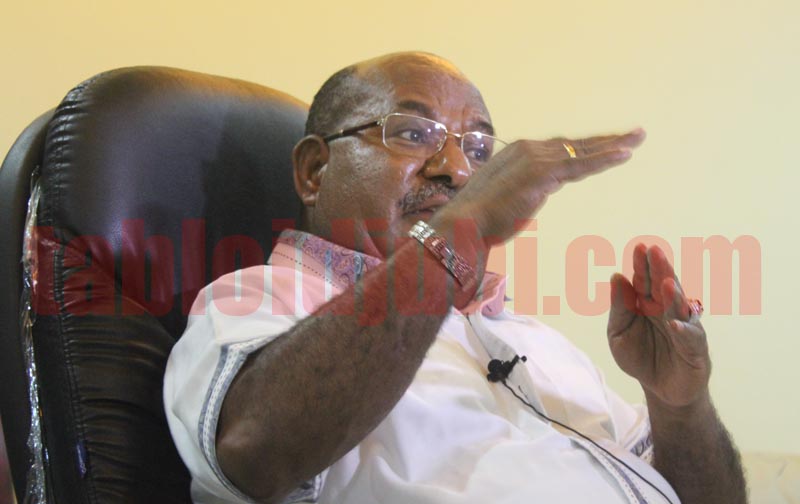 Jakarta, Jubi – Papua Provincial Government asked Freeport for a stake in the company free of charge, arguing the US mining company had benefited from the region.

“We just asked for free shares. No need to pay because it already took our wealth,” said Papua Governor Lukas Enembe when met at the compound Corruption Eradication Commission (KPK) Building in Jakarta on Monday (15/2/2016).

Enembe said the Provincial Government is currently hold discussion with the Central G overnment concerning to his proposal of taking over the Freeport Indonesia’s shares and if it’s possible for free.

Meanwhile, Director General of Mineral and Coal of the Ministry of Energy and Mineral Resources Bambang Gatot when met at the same location admitted he was acknowledged the proposal of Papua Provincial Government concerning to Freeport’s shares divestment.

Nevertheless, according to him, although the Central Government has no intention for taking over the Freeport’s shares, it doesn’t mean to hand over to Papua Government. “It’s up to them, but divestment has a mechanism,” he said.

Based on Government Regulation 77/2014, Freeport Indonesia obliged to divest 30 percent of its shares to the government. But, until now the Indonesian Government only obtain 9.36 percent of Freeport’s shares, it means this US company has yet to divest 20.64 percent of shares.

The divestment process would be conducted in two stages. In the first stage by October 2015, Freeport management must divest 10.64 percent of shares, whereas in the previous stage it already divested 9.36 percent and would be divest 10 percent in 2019. (*/rom)