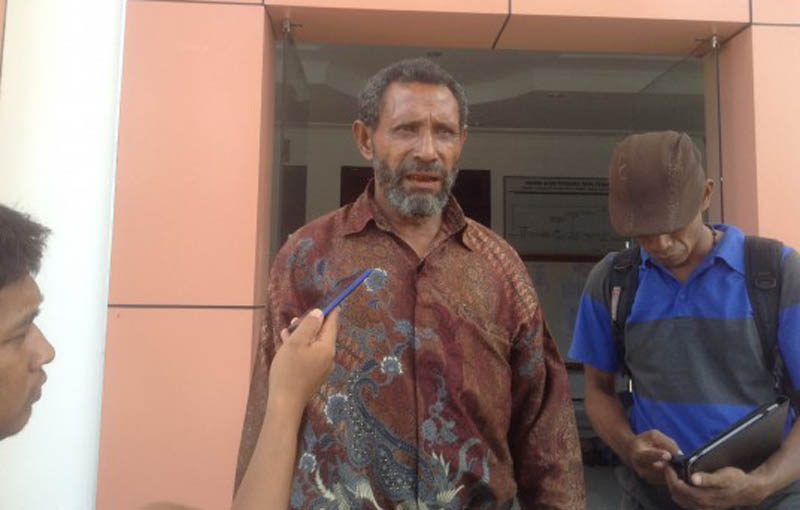 “The company wants to take it as a plasma plantation area,” the secretary of Yerisiam Gua Customary People, Roberino Hanebora to reporters at Jayapura District Court, Jayapura City on Monday (14/3/2016).

The targeted location is a sacred sago forest believed by Yerisiam people as the origin of Yeresiam-Gua tribe, which is divided into four sub-tribes namely Akaba, Koroba, Wauha and Srakwari, Hanebora said.

“How do they want to destroy our roots? Do they want their goods to be taken by others?” he asked.

If the company does not ever want to lose, and only think about the profit, he said, it is also applied to Yerisiam-Gua tribe. The customary people do not want to destroy the resource of their life and the place where they were born.

“How could we destroy the womb of life by selling it to other people? We cannot rape and kill our mother,” he firmly said.

Therefore, Yerisiam people asked the company to not improve its plantation area. The company must respect the legal process that is being processed in Jayapura District Court since October 2015.

“I do hope so,” said Hanebora. However, he was so worried about the government’s system that is not precise in issuing permit. The government can issue the permit without checking the land certificate issued by the customary law.

“We are worried the government would issue the permit without asking the customary people. That’s the way they did,” he said before attending the evidentiary hearing of the defendant and litigant.

Therefore, he expected all stakeholders including government and security forces to not support the company to exploit the sacred forest. If later the company could do it, said Yarawobi, he does not know to where seeking for justice and protection. “Where should we go? We don’t want any land expansion,” he said. (Mawel Benny/rom)

Papua Residents to Be Alerted on Extreme Weather