Pacific Forum Leaders: Ready to Champion West Papua where the UN has Failed 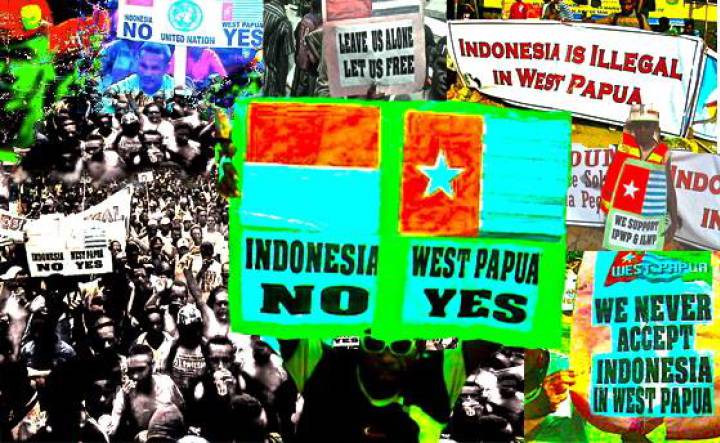 In the 1960s, West Papuans were sacrificed in the name of Cold War politics – and the United Nations have done nothing about it according to Jennifer Robinson, a London-based human rights lawyer.

“For over 50 years, my people have lived under illegal occupation and endured brutal oppression from the Indonesian state which has killed over 500,000 Melanesian Papuans in a ruthless genocide.

He pointed to the UN’s failure to uphold and protect the rights of West Papuans more than 40 years ago.

“Indonesia illegally occupied West Papua in 1969 by forcing 1,026 people at gunpoint to vote for Indonesian rule. Indonesia calls this ‘The Act of Free Choice’ but we West Papuans call this ‘The Act of NO Choice’ and continue to peacefully struggle for the restoration of our own independence and for the fulfilment of our fundamental right to self-determination.”

It once again brings to light that no matter how hard the United Nations pound the human rights pulpit, they are too compromised to right their 1969 West Papuan failure, today.

It is at this failed UN juncture that Pacific leaders in 2015 head to Papua New Guinea for the 46th sitting of the Pacific Islands Forum (PIF). A juncture where they can choose to champion West Papua and make a difference.

Earlier, in May this year, Dame Meg Taylor, the head of the Forum’s Secretariat stood in Wellington and replied with clarity on the issue of West Papua. She said that if the Forum’s 16 leaders choose to do so, they could take a leadership role in West Papua’s case.

“The West Papua issue is very important,” she told senior government officials, academics, civic and Pacific community leaders in her first official visit to Wellington, also the birthplace of the Forum back in August 1971.

She quantified how “important” West Papua’s human rights and self-determination issues are when she highlighted the reason why the Forum was founded originally.

“…in the origins of the Pacific Islands Forum, it always stood for the self-determinations of people,” she said.

“This [West Papua] is a matter that the leaders of the Forum will have to deal with. If it is raised as part of the Framework for Pacific regionalism then it will be considered by the Leaders.”

Dame Tayor, who is Papua New Guinean pointed to PNG prime minister Peter O’Neill’s comments in support of West Papua in February 2015 as a possible indicator that PNG could spearhead a discussion on West Papua when the Forum convenes next month.

“The PM for PNG has made comment on West Papua on human rights perspective and has not retracted that statement,” Dame Meg told the packed audience at Wellington’s Victoria University.

The comments she referred to are in Mr O’Neill’s speech at a leadership summit on 5 February at Port Moresby. It was the first time that an incumbent PNG prime minister has spoken directly about the rights of West Papuans in a public forum:

“Papua New Guinea today is a respected regional leader. After 40 years of undisturbed democracy, we are in a unique position to lead mature discussions on issues affecting our people in the region.

“Our leading role in encouraging Fiji to return to a democratically elected government and voicing our concerns about the plight of our people in New Caledonia are examples of our growing influence. We have also participated in the restoration of democracy and law and order in countries like Vanuatu and Solomon Islands.

“But sometimes we forgot our family, our brothers and sisters, especially those in West Papua.

“I think as a country the time has come for us to speak about oppression our people. Pictures of brutality of our people appear daily on social media and yet we take no notice. We have the moral obligation to speak for those who are not allowed to talk. We must be the eyes for those who are blindfolded. Again, Papua New Guinea, as a regional leader, we must lead these discussions with our friends in a mature and engaging manner.”

The following month, on a 31 March interview with Radio Australia, Mr O’Neill pressed his support further by saying he hoped current Indonesian president Joko Widodo would keep former Indonesian leader Mr Yudhoyono’s promises made to PM O’Neill when in Indonesia on a state visit.

“We will try and hold the Indonesian government to that, to make sure that the current government also has the same view about a reduction of presence of military on the island, and of course more autonomy for the people of West Papua,” Mr O’Neill told Radio Australia.

The likelihood West Papua will make it onto the 2015 Forum agenda was turbo boosted on 26 June when the five-country Melanesian Spearhead Group (MSG) granted “observer” status to the United Liberation Movement for West Papua (ULMWP).

Gaining ‘Observer status’ means the ULMWP now sits on the inside of the MSG organization alongside Indonesia. It is seen as an historic step toward addressing the human rights atrocities committed against West Papuans by the Indonesian army.

The significance of the decision was outlined by ULMWP Secretary General, Octovianus Mote after the 26 June vote.

“Despite not getting full membership [at MSG] we welcome the decision of the leaders as it is our first step to full political recognition.”

Full political recognition would be realized if ULMWP gains ‘Observer status’ in the Pacific Islands Forum. And these are the

The questions that may be given talk time in September: West Papua’s independence movement? And prospects of ULMWP gaining PIF ‘observer’ status? Topics that PNG’s Peter O’Neill seem very likely to push when he takes over the Chairmanship of the Forum.

Dame Taylor, heading the Forum’s operational arm hinted that both are doable.

She stated that self-determination is one of the core reasons for establishing the PIF back in 1971. And added that if the West Papua issue is raised as part of the Framework for Pacific regionalism, then West Papua will be “considered by leaders”.

The Australia West Papua Association (Sydney); and West Papua Action, Auckland letters call on the 16 Forum leaders to discuss the human rights situation in West Papua and acknowledge the concerns in their official communiqué.

In the 1950s, plans were made by the Dutch to prepare for withdrawal including plans for West Papua to revert to indigenous rule by 1972.

Despite a West Papuan congress on independence in 1961 and the raising of the national “Morning Star” flag, Indonesia had claimed New Guinea as part of its territory. A United Nations intervention resulted in the New York Agreement in 1962 which placed the territory in UN trusteeship (without consent of the population) and required that West Papuans hold an independence vote under UN supervision.

But by the time the vote was conducted in 1969 the Indonesian military had handpicked 1,026 representatives to vote on behalf of the entire population. Having been threatened with the death of their families the vote was unanimous for Indonesian rule. The so-called “Act of Free Choice” is known to this day by indigenous West Papuans as the “act of no choice.”

When the West Papuans were making plans for independence in 1961, unbeknownst to either they or the Dutch, then-Indonesian army general Suharto was negotiating a mining deal with the American mining company Freeport-McMoRan Copper and Gold. Subsequent discoveries resulted in the notorious Grasberg mine—one of the largest reserves of copper and gold in the world—and is today at the center of the conflict between Indonesia and West Papua.

The Free West Papua Movement claims that over 500,000 civilian West Papuans have been killed to date. (*)

Melanesia Stands at a Crossroads, Which Way?

Order and Adat in the forests of West Papua

Eliminate the “Smoke” of the ULMWP