Pacific Apologize to Papua for Being Long Time Silent 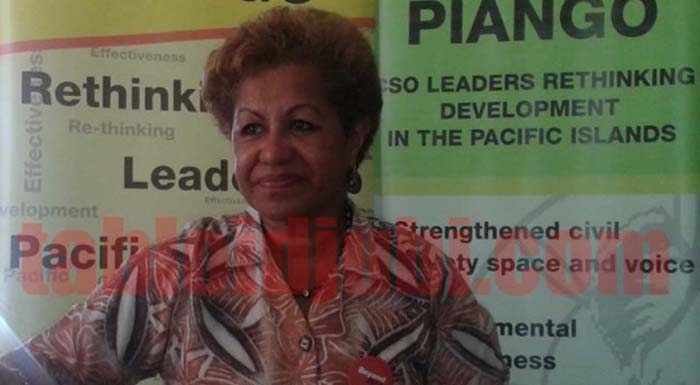 Jayapura, Jubi – Back to 1965, the sixth conference of the South Pacific Commission (SPC) was supposed to be conducted in Hollandia (currently Jayapura). The silent witness still remains. The government of the Netherlands built the Papua Parliament Building in order to facilitate the conference that never materialized.

At that time, West Papua was under the status of dispute and was awaiting the implementation of People’s Vote of 1969. Starting at that time, relations between Papua and Pacific countries were seemingly disconnected.
“Since the 70s, relations between Papua and the Pacific were disconnected. Since then, we know nothing about what was happening in West Papua, though it was part of South Pacific Commission,” the Director Executive of Pacific Islands Association of NGOs (PIANGO) Emele Duituturaga told Jubi on Monday (7/9/2015).

She added the present of social media recently has assisted the civil society at Pacific obtaining access to what was happening in West Papua. Social media provided information about violence happened in West Papua, in spite of development during the disconnection of West Papua and Pacific. “Mainstream media and social media are enable us to obtain direct information from West Papua about the violence and human right violations, and made us able to confirm it. For that reason, we could push the investigation team to concern on human right violations,” she said.

Following the cancelation of the sixth conference of South Pacific Commission in Jayapura, West Papua had no access to Pacific. Its relation with Pacific in every field was disconnected as it turned to Jakarta. Similar thing was applied for the people of Pacific. Every occasions happened in West Papua were skipped from their attention. Violence, murder, land dispute, to “murder” of Papua indigenous culture are just skipped out of Pacific. People of Pacific are silent.

But within the last five years, the solidarity of Pacific for Papua was raising. As Duituturaga mentioned it, this solidarity is raising to follow the present of social media in Pacific. “Pacific can not be silent anymore, in particular the civil society. The civil society in Pacific has obligation to enforce their government to pay attention on what was happening in West Papua,” she said.

Further this Fijian woman said the civil society in Pacific expressed their apology for being so long in silence on the suffering of their brothers in West Papua.
“In the Pacific’s Civil Society Organizations meeting held in Port Moresby on last 1 – 3 September, we conveyed our apology to the people of Papua for our silent and not caring for long time and gave no response towards the suffering of our brothers in West Papua,” she said. She further added two recommendations from the meeting would be submitted in the Regional Forum of Civil Society Organization that would be held in Port Moresby by Monday (7/9/2015).

Separately, the Secretary General of PIF, Dame Meg Taylor said the voice of civil society has become the main priority of the Secretariat of Pacific Islands Forum. The voice of civil society, she said, is very important to develop the regional policy, in particular to supply information towards the leaders of PIF country members.
“I am the main supporter of civil society, and I believe that a strong and vibrant civil is very important to our region,” Taylor said when opened the Regional Forum of Pacific Civil Society Organizations in Port Moresby on Monday (7/9/2015). Meg Taylor believes this forum is very important as it provides space towards civil society to give feedback on several key issues that would be submitted to Pacific leaders in the Pacific Islands Forum. (Victor Mambor/rom)

President of Indonesia : Starting Tomorrow, All Foreign Journalists are Free to go to West Papua

Malaysian: Is Papua Part of Indonesia?

24 Migrant Workers Back to PNG

ULMWP update held in the Netherlands