Otsus and regional expansion are just ‘sweets’ from govt: ULMPW 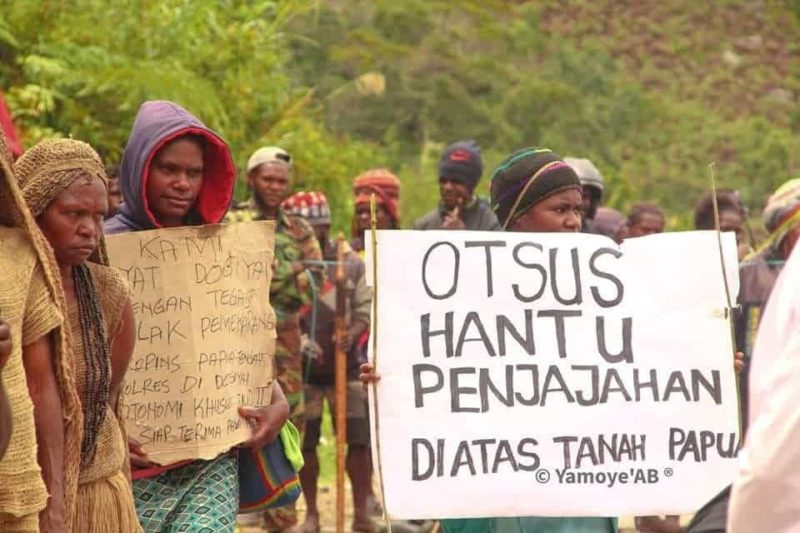 Jayapura, Jubi – Papuan activist of the United Liberation Movement For West Papua (ULMWP)  Markus Haluk believes that the Indonesian government’s policy towards Papua, such as the plan for regional expansion and Law No. 21/2021 on the amendment to Papua Special Autonomy (Otsus), is a cheap offer from Indonesia, just like “sweets” to the Papuan people.

“Indonesian government, please don’t dance on the suffering of the Papuans. The future of the Papuan people does not exist in the Otsus Law or the division of the region. Please be aware of that. Don’t sacrifice the people in the name of regional expansion,” Haluk told Jubi via a phone call on Tuesday, February 8, 2022.

Haluk said that Special Autonomy and regional expansion were not a solution to a series of Papuan problems. He even said it was on par with the 1969 Act of Free Choice, in terms of being legally flawed.

“I said it was legally flawed because the deliberation did not involve Papuans. It was forced when the Papuan people had rejected Otsus. So is regional expansion. That is Indonesia’s way of getting rid of Indigenous Papuans, by bringing in people from outside. Therefore, such a program is very wrong,” he said.

Haluk said this government program would add to the suffering of the Papuan people as Papuans have never asked for neither regional expansion nor Otsus.

Haluk said, in order to solve the Papuan problem comprehensively, the Indonesian government must engage in a dialogue with the ULMWP as a representative forum for the Papuan people. “Because the Papuan people are ready to determine their own destiny under the command of the ULMWP,” he said.

Supporting Haluk’s statement, lawmaker of the Papua Legislative Council’s Women’s Working Group Sarah Ita Wahla said that the division of territory in Papua was not beneficial for the Papuan people.

Wahla was worried that the central government’s plan to divide Papua Province into several new provinces will lead to new conflicts in Papua. She was also worried about the impact of the expansion on Indigenous Papuans because the various regencies resulting from past expansion were currently heating up due to the armed conflict there.

“There is no need for division in Papua’s mountainous areas because, in the end, it will only harm the people there. There will be no welfare in the expansion,” said Wahla. (*)

DPRP asked the police to stop being a spokesperson for Freeport

POLICEMAN GETS ONLY TWO YEARS FOR FUEL SMUGGLING, ILLEGAL LOGGING