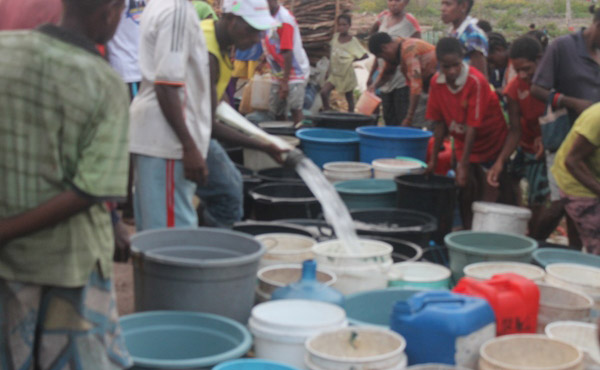 Jayapura, Jubi – Papua Public Works Office said only 30 percent of  the population in Papua have access to clean water, lower than the national average.

The head of Papua Public Works Mikael Kambuaya told reporters in Jayapura, Tuesday (5/4/2016) that the national target for 2018 and 2019 for clean water supplies to the community should reach 100 percent.

“The lack of water services to the community is still happened because the regional governments do not prepare the technical plans to submit to the Central Government for budgets allocated for clean water services,” he said.

However, Kambuaya said some regional governments understand the process to receive budget for clean water services by setting programs. “Because clean water supplies for the community is important,” he said.

Meanwhile, the Head of Human Settlement and Clean Water Department of Papua Public Works Office Yan Ukago said based on the monitoring, there area about 29 percent of population in Papua served with clean water.

“Since 2014, my department has not conducted the infrastructure-related works, because the Department of Human Settlement only conduct a monitoring by recording data as well as crosschecking the number of population that already served with clean water,” said Yan Ukago.

According to him, the Central Government already allocated a special budget to regional governments, so that now they can manage it by themselves. “For clean water, there is not only those who live in the highland area to not has not been got the services of clean water, but it is also happened in Jayapura City,” he said.

He added to resolve this problem, there must be a clear and directed disposition, and for example, his department would handle some works such as drilling deep well at the southern area. “While for highland area, it could relocate the rainwater and so on,” he said. (Alexander Loen/rom)

In August, 25 cases of child violence in Jayapura City