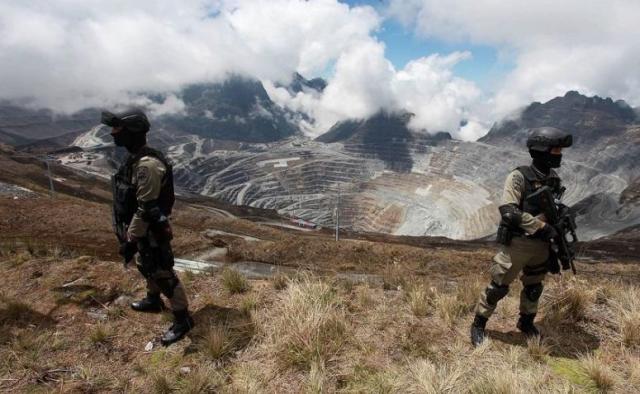 Jayapura, Jubi – The Papua Provincial Police has confirmed the death of a Brimob member following a shoot-out with armed groups in Tembagapura, Mimika District. The armed group is presumably led by Sabinus Waker.

Through the press release issued by the Public Relations Division of Papua Police, Sunday (October 22) which said the shoot occurred at around 16.00 WP near Utikini Bridge.

One member of Brimob Den B Timika, Brigadier Berry Pramana Putra had suffered gunshot wounds and died at the scene of the shoot-out. Berry’s body was evacuated from the crime scene to PT. Freeport Tembagapura.

A day earlier, there was a shoot-out between Brimob Polda Papua personnel led by Ipda Taufik with the same armed group in Mount Sangker Kalibua Kampung Utikini in Tembagapura.

In the shooting contact, two personnels of Brimob Den B Timika suffered gunshot wounds, namely Brigpol Mufadol of Brimob Unit Den B Timika and Barada Alwin of Brimob Team Den B Timika. Both victims have been evacuated and have received medical treatment at PT. Freeport Tembagapura.

Quoted by tempo.co, Head of Sub Directorate of Public Information for Public Police of Papua, Adjunct Senior Commissioner Suryadi Diaz, said that there is a group of Papuans who are not happy with the Freeport project.

Suryadi also said the shooting that occurred at Mile Point 67.5 Tembagapura was a bluff or terror.

He also said the two events were allegedly linked, as there were indications of the similarities of the perpetrators with the shootings that struck two Brimobs. (tabloidjubi.com/Zely)