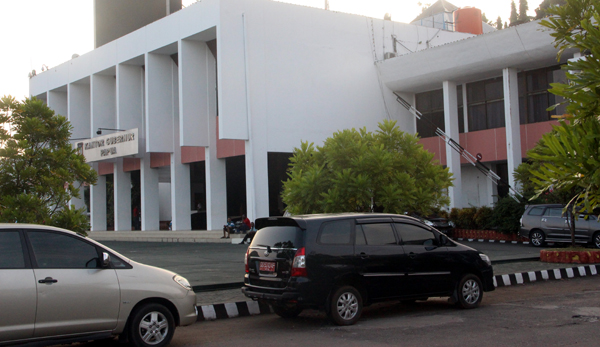 The office of Governor of Papua Province - Jubi

The office of Governor of Papua Province – Jubi

Jayapura, Jubi – The assistant secretary for Social Welfare and Economic Affairs at the Papua government admitted that civil servants have been slow in providing services to the public.

Elia Loupatty said it was reflected through numerous complaints addressed by the public as users, he said in Jayapura on Tuesday (22/3/2016).

“It indicates the government as a public servant has not entirely created a system of service that is acceptable to the public’s eyes,” he said.

“Our services are still unable to meet public’s expectations which is reflected by unintelligible, discriminative, and complicated services to public, and so on,” he said.

He explained the current condition could not be separated from the low quality of public service administrators, unfulfilled standard and low community participation.

“Public is the main core of new paradigm about ‘new public service’, the alteration of public position that formerly known as ‘clients and constituents’ becoming ‘customers’ and now resuming ‘citizen’,” he said.

He added public is not merely an object of services but should be placed as subject. “Services to public are integrated efforts in creating good, clean and efficient government to improve the welfare for the entire citizens,” he said. (*/rom)

Railway in Papua Could Reduce Prices by 50 Percent, says Director of Transport