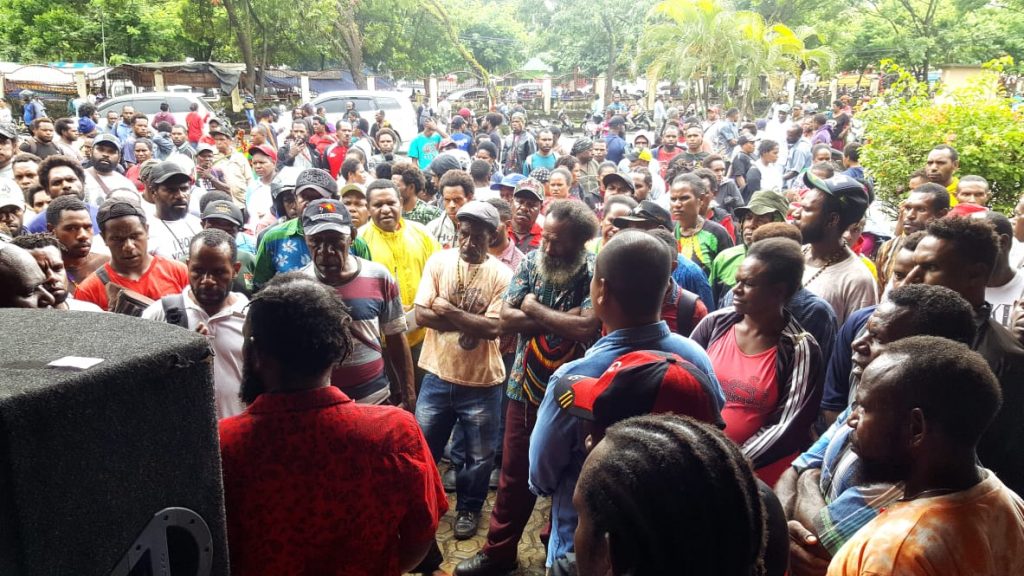 HIV/AIDS Care volunteers who were recruited by KPA Papua province a few months ago to help KPA in counselling. – Jubi / Agus Pabika

The chairperson of the Papua Community Health Development Foundation (YPKM) Joice Erlerly said so far these institutions are not aware of the funds distributed by the KPA Papua.

“We knew about this information after reading an article published in a printed newspaper in Jayapura City. However, the article did not state who had received the funds? Where did it distribute? Regional or provincial level?” said Joice on Tuesday (08/13/2019).

Concerning the number of people living with HIV/AIDS in Papua, she clarifies there are 48 thousand in which 6,000 alone are living in Jayapura City.

Meanwhile, Roberth Sihombing, an HIV activist in Papua, said that the five thousand people living in HIV/AIDS mentioned by the KPA Papua must be held accountable. “It would be nice if the KPA Papua works together with health services such as hospitals, community health centres and NGOs that assist people living with HIV/AIDS to get a valid data,” he said.

As clearly stated by him, people living with HIV/AIDS, in particular, those who registered in the community health centres need nutritional intake, especially pregnant women.

“A good program will only be more effective if it’s been well because the program of HIV/AIDS prevention and elimination requires the involvement of all parties. If the KPA Papua already had a study on nutritional intake needs among people living in HIV/AIDS, they can go ahead. Unfortunately, I think they don’t,” he said. (*)