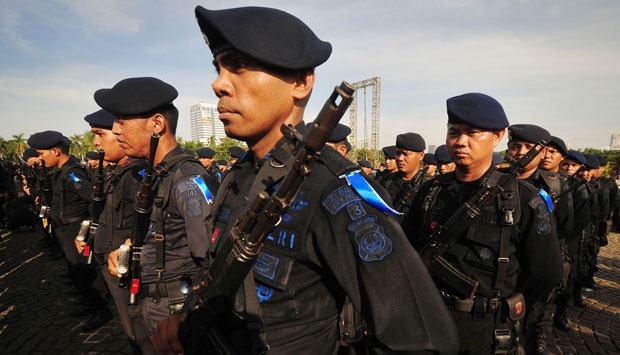 “We are not planning to build a big headquarters, but at least it is enough for accommodating a company. So, perhaps we can set a post for a start. It also relates to personnel recruitment,” Mansnembra said in Wamena on Wednesday (22/1/2020).

The Papua Police has formed the Mobile Brigade Detachment D in Jayawijaya with 171 personnel, but they are planning to expand their personnel to 400.

“We have a Brimob detachment here. With more than 400 troopers, they would not only be assigned in Jayawijaya Regency, but also to other regions such as Merauke, Mappi and Wamena,” he said.

If the land is available, we will start to build the headquarters command for a company at least next year.

“Regarding other facilities, we already have vehicles, but considering the expensive fuel and maintenance cost in Wamena, we need to wait until the settlement of the land issue to bring those operational vehicles here,” he said.

Meanwhile, Deputy Regent of Jayawijaya Marthin Yogobi said from the meeting with Brimob Unit Commander there was no discussion concerning the construction of Brimob Headquarters. However, the regional government had facilitated the installation of some Brimob posts in several points to support peace and order in society.

“During the meeting with Brimob Unit Commander, there was no discussion about such plan of extra personnel deployment to Jayawijaya region,” he said.

Further, Yogobi said the commander’s visit to Jayawijaya was also to inspect his personnel’s promptness ahead of local councillor’s inauguration which planned taking place Wednesday (23/1/2020)

“The existing Brimob troop in Jayawijaya is sufficient to support security during the inauguration,” he said. (*)