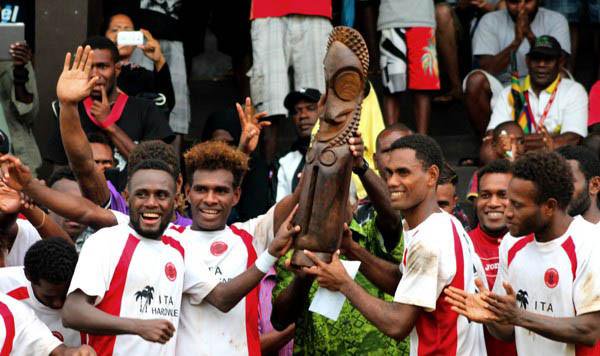 Sogavare who also the Prime Minister of Solomon Islands added because currently Indonesia has obtained a status of Associate Member representing five Indonesian provinces, including Papua and West Papua, therefore the collaboration in sport sector such as Persipura’s involvement in Melanesia Football Cup could be materialized.
“Besides the cooperation in economic development and trading, the collaboration in culture and sport is part of the partnership between MSG and Indonesia as the Associate Member,” Sogavare said.

The Indonesian Government after obtaining a status of Associate Member committed to promote the close and concrete relation with MSG in order to increase the potency and face the challenge of joint development.
“The increase of Indonesian status in MSG would also increase the concrete collaboration with the MSG members. The Indonesian trading value with the MSG countries right now reaches US$ 260 million and it could be more increased. In addition, the recent technical cooperation in many sectors such as in fisheries, handicraft making, art and culture, and diplomacy would also be continued to increase,” said the Deputy Minister of Foreign Affaires, A.M. Fachir in Honiara after the MSG leaders announced the Joint Communiqué.

Up to May 2015, A.M. Fachir continued, Indonesia has implemented the 130 technical cooperation programs in building capacity with MSG country members that participated by 583 participants. But, the Deputy Minister of Foreign Affairs did not mentioned about the collaboration in sport.

However, the Melanesia Football Cup is still facing the challenge from FIFA that caused Fiji as the member of MSG and FIFA didn’t send their club in Melanesia Super Cup last year.

FAILED IN SAMARINDA, PERSERU LOOKING FOR POINTS IN KUKAR

FEMALE CANDIDATES RESIST AGAINST BINDING SYSTEM IN THE ELECTION