MRP should be Disbanded if Involved in Politics 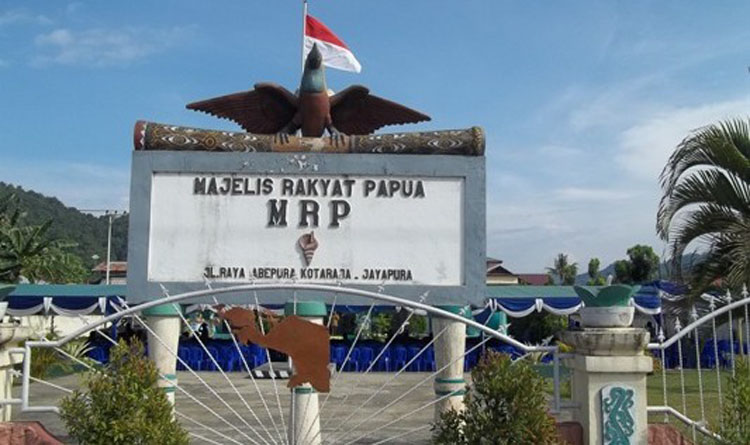 He said MRP had been involved too much involved in politicking despite its role as a cultural institution to protect the basic rights of indigenous Papuans.
“MRP cannot go on being engaging in the political domain. It’s responsible to manage the religious and customary affairs, women issue and basic rights of indigenous Papuans and so on. They don’t have taking care of political business. All the time MRP is too much involved into politic. Dissolved it, if it kept doing so,” Mandenas said on Wednesday (16/9/2015).

He further said it is a mistake if MRP is too much concerned on the political issues instead of the basic rights of indigenous Papuans. “So, I think if MRP has got involved into politic, better it might be dissolved and apply for 14 seats in the parliament representing the religious, youth, customary or women leaders and so on,” he said.

Regarding to the request of MRP Deputy Chairman, the Rev. Hofni Simbiak, to delay the regional election that simultaneously would be conducted in several regions in Papua in December due to Christmas, he said it’s certainly not possible. “Because the regional election is a national agenda. It cannot be delayed because there’s no reason,” he said.

Earlier, Yulianus Uropdana, Law Master graduated from Sanata Dharma University, rejected the recommendation MRP No.11/2015 about the indigenousness of the regional head/deputy. “MRP has good intention, but the Special Autonomy Law does not regulate such issue, except for governor and vice governor. It acts like an entrusted political institution, so better if it’s disbanded. It’s wasted, because not well performed. It only spends the State’s money, the Otsus fund,” he said at that time. (Arjuna Pademme/rom)

GOVERNOR ENEMBE : PAPUANS ARE RESPONSIBLE IF THE SPECIAL AUTONOMY WAS FAILED

Papuan voices must be heard

100 PAPUAN WOMEN WILL HAVE LEADERSHIP TRAINING FOR ELECTION