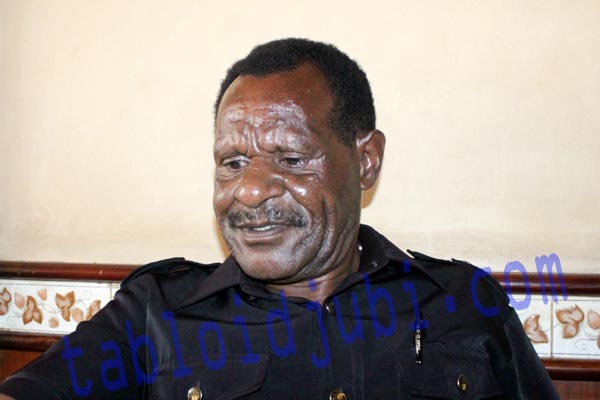 According to him, he rejected a contract extension of PT. Freeport Indonesia before discussing with the customary landowners. There should be a Memorandum of Understanding between PT. Freeport and the customary landowners.
“Customary people have right to ask compensation. During the time the landowners of Freeport’s mining area are always deprived. Freeport is not open about the boundary of their operation area. Now their operation area has crossed to Moni tribe area,” he said.

He said this condition deprives the Moni tribe. Now it’s their time to speak because they do not want to be sacrificed for the sake of Freeport. PT. Freeport is currently attempting to get assurance on their contract extension that would be ended in 2012.

The Director of PT. Freeport Indonesia, Maroef Sjamsoeddin when testifying before the Honor Council Court mentioned there would be a problem if the Freeport’s contract of work does not be extended. He said it would be huge. Freeport is not only about business but also connected with the social aspect.

“The termination of Freeport’s operation would also give impact to the environment. The mining area should keep be maintained. From the security side, there would raise a conflict between seven tribes of landowners if Freeport exit from Papua,” said Maroef as cited by media.

According to him, Freeport’s operation area at seven customary areas could raise a dispute. The seven tribes might possibly claim the status of tenureship over this area, in spite of disturbing the bilateral relations between Indonesia and the United States.

The Papua Provincial Government earlier gave disapproval sign on contract extension if 17 points of proposed agreement have not been approved, including the provincial government proposed to gain 10.46 percent of share divestment. But, lately it turns ‘to be soft’.

After attending the closed meeting with the Director of PT. Freeport Indonesia, Maroef Sjamsoeddin in Tembagapura, Papua on Wednesday (11/2/2015), the Papua Governor Lukas Enembe said the provincial government agreed on Freeport’s contract extension until 2041, since it has contributed to the prosperity and development in Papua. The Papua Provincial Government also want the mining sector could assist the Bank Papua to become the foreign exchange bank.

Freeport is the one that could support the Bank of Papua driven into foreign exchange bank. The other reason is the Papua economic situation. Freeport is considered to give contribution of 46 percent to Papua from mining sector. And for Mimika Regency, 91 percent of its regional revenue (PAD) is from Freeport.

Meanwhile the Papua legislator Ruben Magay said during the time the Papua Provincial Government impressed to walk alone. Before deciding to extend the Freeport’s contract, the provincial government, Papua Legislative Council, the Papua People’s Assembly and Papua Customary People, in particular seven tribes of land tenure owners should be deliberated. He said deliberation would result a recommendation to be transferred to the Central Government and Freeport’s management about what is expected by all stakeholders in Papua.

“All stakeholders should be united. It needs a political bargain. If not, the condition would remain the same like this. The landowners would be harmed, as well as the Papua Provincial Government,” said Magay. (Arjuna Pademme/rom)

GENEVA, 19 MARCH 2014: PAPUA IN EXPERT MEETING ON THE INDIGENOUS PEOPLE