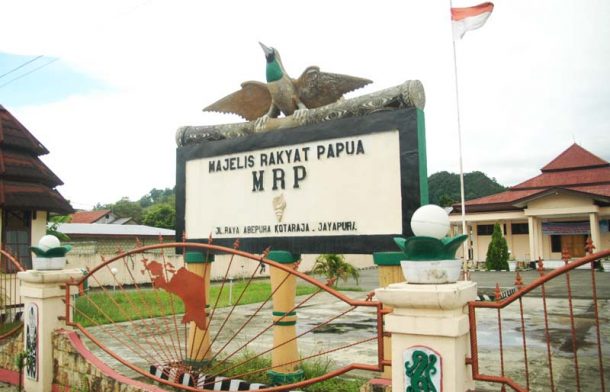 The office of MRP - Jubi

The office of MRP – Jubi

Jayapura, Jubi – Papua People’s Assembly (MRP) is no longer active after the term of office for its members expired on 13 July. It remains unclear whether whether their tenure would be extended.

MRP members’ term expired on 12 April, but the Ministry of Internal Affairs extended it to 13 July after an absence of 26 days.

“Now our period has been expired for 19 days. MRP has been absent for 19 days. Now everything depends on the Minster of Internal Affairs whether he would extend our period or not,” Murib told Jubi on last week.

MRP has submitted all terms related to the extended of tenure period through Papua Governor to the Minister of Internal Affairs to immediate decree issuance. However, it never been issued for the second time.

“It should be extended until the next election of MRP members. But for Papua it has done for some extent, while Papua Barat got seven months extension. The Directorate General of Regional Autonomy confirmed us that is has not been issued because there is no legal basis,” he said.

According to him, MRP is not civil organization but institution whose partnership with executive and legislative institutions. In the Government Regulation No. 54, it said the tenure period of MRP would remain for five years and ended after the inauguration of next period members.

Two Papuan civilians shot dead during protest, buried by the side of the road as resistance symbols

The court should avoid labelled of Indonesian colonialism tool

Councilor Suspects Attempts to Stir up Trouble in Jayapura