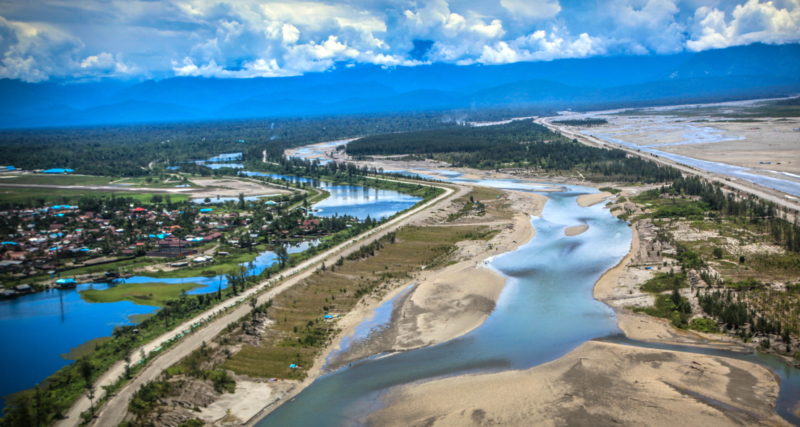 Timika from the top - cifor.org

Timika from the top – cifor.org

Timika, Jubi – Regency (Regency) Mimika has finally declared the haze problem as a region-wide disaster because it has a major impact on daily life.

Regional secretary of Mimika, Ausilius You in Timika, this week, said the decision was taken after following the situation and conditions in the past week. Smog in the area was the result of growing forest fires in Merauke, Mappi and Yos Sudarso Island, he said.

Officials held an emergency meeting to discuss the issue with the head of the Regional Disaster Management Agency (BPBD), Julian Sasarari, Head of the Department of Communication and Information (Dishubkominfo), Jhon Rettob. Head of Health Office (DHO), Erens Meokbun and a number of assistant and expert staff at his office.
“During the meeting, Mimika regional government has prepared a letter to the Governor of Papua and the central government about the circumstances that happened today,” he said.

Meanwhile, John Rettob said smog that plagued this region has occurred during the month. However, the intensity of haze was felt in the last week.
“We had a meeting with several relevant agencies, including BMKG, reported that there are about 1800 smoke points in Yos Sudarso Island, Merauke, and Mappi. As a result of wind southeast Mimika affected, including Fakfak,” he said.

He continued, due to this haze, number of Garuda and Sriwijaya flights in and out Mozes Kilangin Airport since Thursday (15/10/2015) and Friday (17/10/2015) were delayed.
” Many of passengers are piled around 700 people. Only two ways that could make smog completed, whether waiting until January or coordinating with the provincial and central government, ” he added.

He said, based on the Regulation of the Minister of Transportation (Permenhub) No. 77 of 2011 on insurance delay planes, lost baggage and accident, when passing 4 hours will be given compensation of 300 thousand, and if more than 4 hours, then passengers venue will be provided by the airline operator.
“Except the passengers from Makassar to Timika, but had to switch to Jayapura, then it is the responsibility of the operator,” he explained.

However, for the passenger who is not carrying out the flight, and had already bought the tickets, but the case of bad weather, then there is no replacement cost. Only if he would cancel his departure.
” This is natural condition, then it can not be applied. It should be understood by the passengers and the public, “he said. (Eveerth)

Logs delivery out of Papua should be watched

The story of those whose forest got robbed