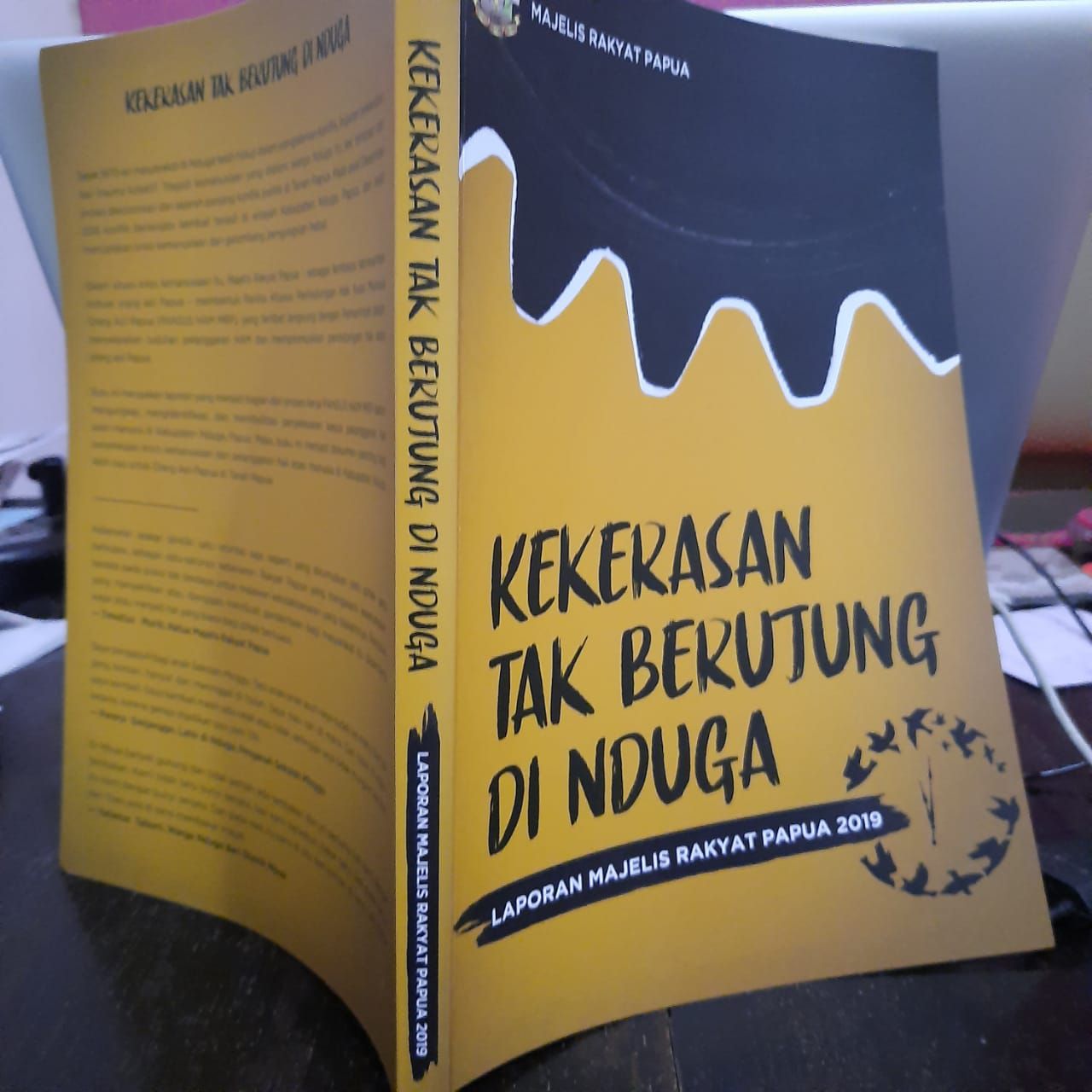 Jayapura, Jubi – Luis Madai, a member of Papuan People’s Assembly (MRP), said the person named for suspect in the murder of sixteen workers of PT Istaka Karya was not in Nduga at the time of the incident. Instead, Madai said, the suspect MG was in Wamena, the capital of Jayawijaya Regency, Papua.

Madai declared his statement on Wednesday (22/1/2020). “During the incident [of murder], MG was in Wamena [with his family]” said Madai.

Therefore, he called the police to act fair and clever in investigating this case of ambush. Madai said the police investigation, in this case, seems to abuse the right of a person who does not have any knowledge about law and Indonesian by accusing him of the suspect.

“The police must see who is the real perpetrator. If they can see it clearly, they can find people who deserved to be arrested and brought to justice,” said Madai.

He then gave an example of Egianus Kogoya, the armed group leader from the West Papua National Liberation Army who had claimed be responsible for the murder. Madai also mentioned that the police should thoroughly examine the testimony given by Jhony Arung as the field supervisor of PT Istaka Karya.

“It is clear that Egianus Kogoya is the master of mind that the police should arrest. But they do not arrest him until now,” said Magai. Furthermore, he asked the police for tracing Arung’s current domicile. Johny Arung was one of the workers who were safe from the ambush.

The sixteen workers of PT Istaka Karya was killed in the ambush on 2 December 2018. The insurgent group from West Papua National Liberation Army under Egianus Kogoya claimed to be responsible towards this incident.

Meanwhile, the legal process against MG has become a controversial issue. MG was arrested by the military Task Force near the murder scene, Puncak Kabo, Yigi Sub-district, Nduga Regency and handed him to the local police of Jayawijaya.

After the reconstruction, Jayawijaya Police Crime and Investigation Sub-unit Chief Alexander told Jubi that MG is not a member of Kogoya’s group but a partisan.

On 17 December 2019, Adjunct Police Commissionaire Suheriadi, Jayawijaya Crime and Investigation Unit, declared that MG has sent to Jakarta and would try in Jakarta. At that time he stated MG was named a suspect because he was at Puncak Kabo at the time of the ambush. “MG helped to determine whether the shot victims were already dead or not by stubbing their bodies,” he told Jubi on 17 December 2019.

The trial against MP that held in the Central Jakarta District Court has become a concern of many parties. On 17 January 2020, the Indonesian Child Protection Commission (KPAI) sent a letter to the Head of the Central Jakarta District Court asking the panel of judges to consider the teeth examination towards the suspect to estimate the actual age of the suspect. KPAI sent the letter after receiving information that MG is still a child but conduct a trial in a public court.

Meanwhile, the Papuan People’s Representative has published their investigation in a book titled “Kekerasan tak Berujung di Nduga” which means the endless violence in Nduga. This report concludes that the murder of PT Istaka Karya workers did not occur spontaneously, but preceded by a series of events involving the insurgent group from West Papua National Liberation Army and the workers. In their report, the Papuan People’s Assembly reviews the role of Jhony Arung in the series of event that led to the murder of sixteen PT Istaka Karya workers. (*)