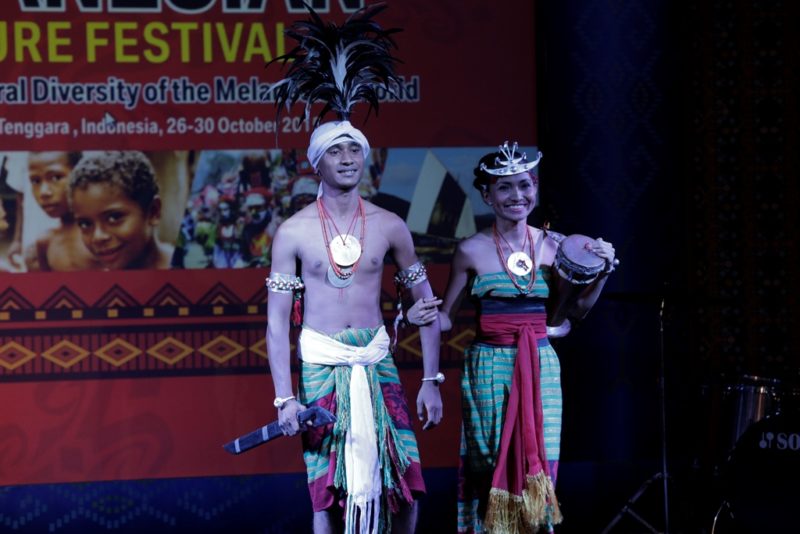 Jayapura, Jubi – Indonesia has just held the Melanesian Arts and Culture Festival at Kupang, the Capital of East Nusa Tenggara Province, Indonesia for the reason that there are 11 million of Melanesian people in this country.

The Directorate General of Culture of the Ministry of Education and Culture, Kacung Marijan stated that 80 percent of Melanesians live in Indonesia.

In the Seminar on the Freedom of Press held by Press Council in Jayapura on last week, the initiator of peace dialogue of Papua and Jakarta, Pastor Neles Tebay questioned why the festival has only been held now, not sooner after Indonesian independence.

He further said has it connected with the Melanesian Spearhead Group in Honiara to cause the festival to be held for the first time in Kupang?
“I remember when first time I was taught that I am Indonesian from Irian Jaya Province, not directly refer as Papuan or Irian. Honestly the view on cultural race is still regarded as a political perspective,” he said when responding the discussion initiated by the Press Council. Further the former The Jakarta Post journalist said the freedom of press in the cultural expression do not be politicized because it could take many victims.

Responding to the Father Tebay’s statement and opinion, the sociologist from Universitas Indonesia, Prof. Dr. Thamrin Amal Tamagola mentioned Indonesia as a political concept and Nusantara as part of the concept of racial and ethnic diversities.
“So the term of Batak, Papuan is part of archipelago pluralism, but they are the Indonesian citizens. It’s similar with the Melanesian, but they are the Indonesian citizens as the nation state,” he said, adding there are 651 ethnics in Indonesia that sustain the nation state of Indonesia.

However, Tamagola warned that the harmonization efforts will certainly have problems because the presence of a nation tribe is a natural event.

Therefore he said if it is called as Batak or Biak, for example, at first it should have a local language (Biak or Batak). Secondly, its custom (cultural cycle from birth to death rites) is still exist and the third, it is certainly opposing the harmonization effort. Further the sociologist of Halmahera origin said there are still “gaps” to be used in doing harmonization in Indonesia. (Dominggus Mampioper/rom)

The myth of Manarmakeri and the Koreri movement in West Papua

Native Languages Need to be Taught in School