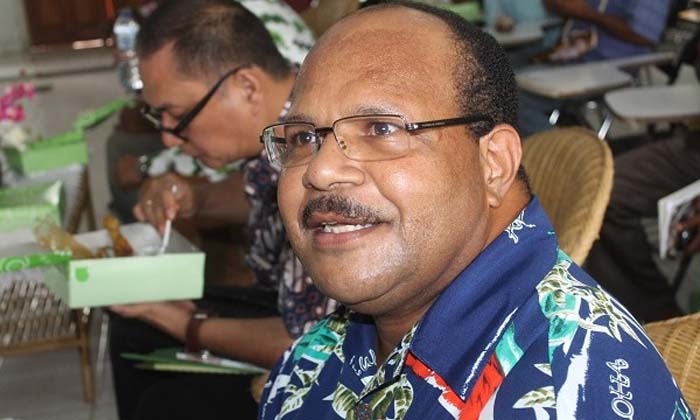 Jayapura, Jubi – The future of the Papua nation is in the hands of the young generation as they are the inheritors of the land, said a member of the working team of the United Liberation Movement of West Papua’s Internal Affairs, Markus Haluk.

Papuan youths – be they pupils, students or graduates—are valuable and reliable actors in realizing a free Papua.
“Young people are the backbone of the Papua nation. They are the hope of this nation. You are the future of this nation,” Haluk told reporter on the sidelines of a Public Conference of AMPTPI Board of Jayapura Municipality on Saturday (03/10/2015).

“The young generation plays the important role in this struggle because the old generation could only dream while the youngsters could continue the struggle and change the faith of this nation,” he said.

Haluk who is also the founder of the Papua Central Highland Student Association in Indonesia described what he has done along with Free Papua leaders in Honiara in June 2015 was something done by old generation.
“When those leaders were passed away, who will continue their struggle? It should be remained in our mind that young generation will continue their mission. Since ULMWP is currently known by the UN, this young generation must stand to change the old men,” he said.

The Secretary General of Central AMPTPI Yanuarius Lagoan said in order to regenerating young activists in Papua, his organization has determined eight resolutions, in which the point of eight urges the Papua Governor to terminate all alcoholic stores and commercial prostitute in Papua. “Alcohol and prostitution in Papua would actually kill Papua young generation. We are the successors of our ancestors, but the Local Government is gradually killing us through shootings, beatings, massacres, rapes, and so on, “ Lagoan said. (Abeth You/rom)

The Parliament of Merauke District Questioned A Ship Procurement