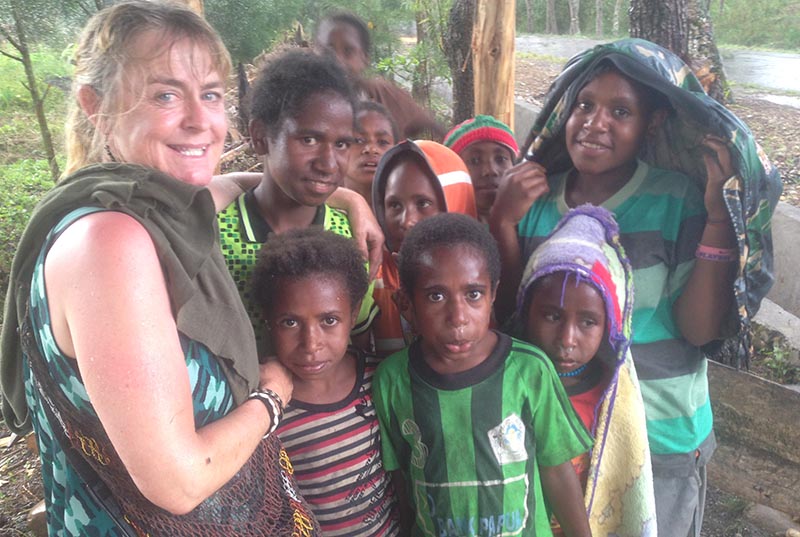 In the days leading up to our assignment to Papua, a lot of their work colleagues were asking where they was going and why.  Their reply was generally met with a confused look followed by “Papua? Is that in Papua New Guinea?”

The lack of knowledge and public awareness about a territory so close to Aotearoa is actually quite remarkable.

If you don’t know where Papua is, it’s located just north of Australia – the province occupying the western side of the island of New Guinea. The region is largely referred to as ‘West Papua’ by western countries, although the area is actually divided into two separate provinces of Papua and West Papua.

It’s a resource-rich land that has been governed by Indonesia since 1969. The province boasts the world’s largest goldmine, and one of the world’s largest rainforests. There has also been a bloody struggle for independence since Indonesia took over governance of the territory from the Dutch.

Since the Indonesian takeover, West Papua has also tainted by allegations of wide-spread human rights abuse, and environmental destruction.

For more than 50 years, West Papua has largely been a no-go zone for foreign journalists, and after three years of trying our Native Affairs team was finally granted a visa to enter. This was a unique opportunity that had to be accepted.

Flying into the capital of Jayapura, the thing that hit us first is the size, and the beauty of the place from above. On the ground, one of the first things I noticed was the fusion between Asia and the Pacific. The number of indigenous faces at the airport was dwarfed by those from other parts of Indonesia who now call West Papua home.

Jayapura itself is bustling metropolis, with a population of over 300,000. The level of development was not unexpected, but the size of the city sprawl was, as was the quality of the infrastructure – which was certainly better than we had anticipated. The military presence was noticeable, as too the interest from locals to our presence on the street with a TV camera.

For a place that has a somewhat violent and dangerous reputation, our experience was safe and enjoyable.

Jayapura is a great place with great people, but it’s also a place that’s grappling with some challenging social dynamics.

West Papua has an indigenous population of around two million people who speak more than 270 different languages.

They travelled to the highlands, where the vast majority of indigenous Papuans live. Their aim was visit some villages involved in a New Zealand aid project that’s focused on the growth and commercialisation of crops, in particular kumara or ‘ubi jalar’ as they call it in the Highlands.

There are many traditional and cultural similarities between Māori and the Dani people we connected with. From the way they greet guests, and cook their food, to the traditional gods they worship, the cultural parallels are clear to see.

The concerns around colonisation felt by the locals we met echo the sentiments felt here by Māori. The loss of traditional knowledge and culture was by far the greatest concern for the village elders we spoke to.

Adrian Stevanon and Karen Abplanalp describe their trip to Papua.

“As youth from the villages get educated and migrate to the cities in search of work, few are willing to return to the hard graft of village life. So much of the village way of life operates around working the land and their crops. The Indonesian influence of rice is strong, with free rice delivered to villages by the government; many villagers don’t see the value in continuing to grow their traditional crops,” said Adrian.

“We were told this can lead to a break down in the functioning of the village, and lead to issues of alcohol abuse and domestic violence.   Traveling to the highlands and connecting with some of the indigenous people of West Papua was such an incredible experience. Their hopes and dreams and dreams for their kids are the same as ours, so too are the dreams of the kids. One teenage boy we spoke to said he wanted to be a pilot, another girl wanted to be doctor so she could help the sick in her village. Both spoke about the struggles of life living in a poor community. The irony is, theirs is a resource-rich land, with a third of Indonesia GDP coming from Papua alone. Its promising to see the Indonesian government loosen their grip on the province and allowing foreign journalists to enter, we hope this continues,” Karen added. (*)