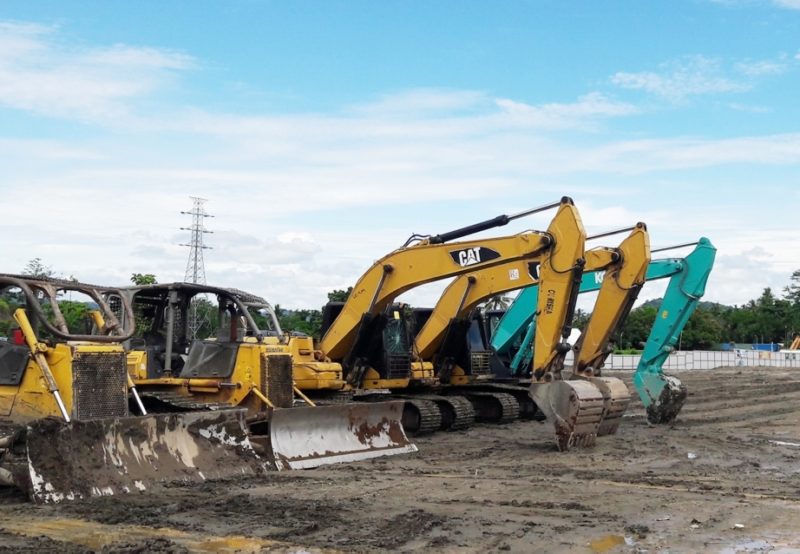 Jayapura, Jubi – According to the Provincial Revenue Management Board (Bapenda) of Papua Province, many contractors are hiding their heavy equipment inside palm oil plantations to avoid paying taxes.

Gerson Jitmau, Head of Bapenda said that in general, those contractors who usuallly do not pay the heavy equipment tax are engaged in mining, road and palm oil infrastructure development.

“We will withhold the contractor’s permission which is proven not to pay the tax on heavy equipment operating in Papua,” Gerson told reporters in Jayapura on Wednesday (August 2).

According to him, Bapenda has formed a team of builder consist of police and prosecutors, who served to look for the owners of heavy equipment that does not pay taxes in the field.

“The team, chaired by the Regional Secretary of Papua, based at regional police office will record the contractors who do not pay taxes,” he said.

In response, Gerson appealed to corporate leaders to be obedient in paying heavy equipment taxes. The government will provide strict sanctions for any taxpayers who are reluctant to pay.

This is one of the efforts to increase local revenue, he said.

“Even the smallest amount of taxes should be collected, received and managed well,” said Elia as he also appealed the taxpayers to not forget paying theirtaxes according to the rules applied.(*)

PAPUA GOVERNOR WARNS FREEPORT NOT TO PLAY DOWN GOVERNMENT REQUEST