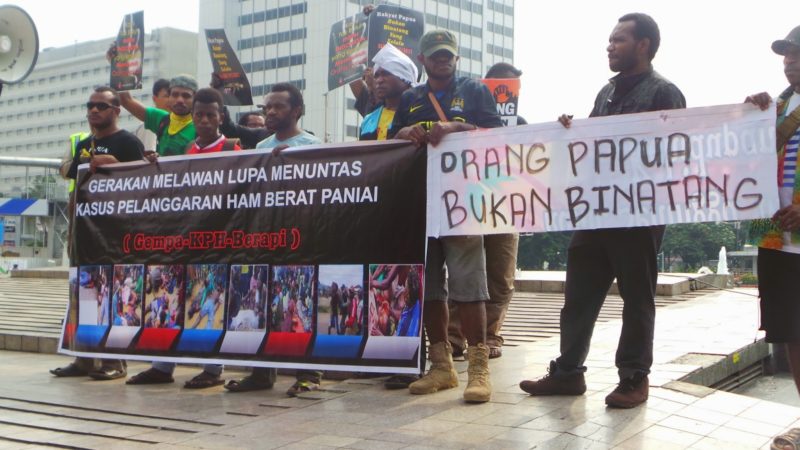 Jayapura, Jubi – Legal Aid Institute for Research, Assessment and Development (LP3BH) Manokwari, West Papua warmly welcomes the steps of seven major countries from continental Europe and America that highlight the Government of Republic of Indonesia’s steps towards law enforcement and human rights protection in Papua (West Papua) at the 27th session of Universal Periodic Review (UPR) 2017, in Geneva, early May 2017.

“Even the Indonesian government has never had political will to ensure all perpetrators of human rights violations in Papua processed with law impartially,” Warinussy said in a release received by Jubi last week.

“As long as Indonesia government continues to be passive and tend to lie, the issue of human rights violations in Papua will continue to rise and be grounded in the world,” he said.

LP3BH Manokwari is one of the civil society organizations that focus on law enforcement and human rights protection in Papua urges President Jokowi and his staff to be honest in implementing constitutional and legal policies in the settlement of human rights violations in Papua.

Separately, the Papuan peace movement figure Filep Karma who attended the UPR monitor in Geneva revealed an interesting metaphor related to the development of Jakarta version.

“The people of Papua actually want to drink coffee. But Indonesia implements indigenous Papuans to drink coca-cola, arguing that in coca-cola is contained coffee,” said Karma to indoprogress.com. (*)