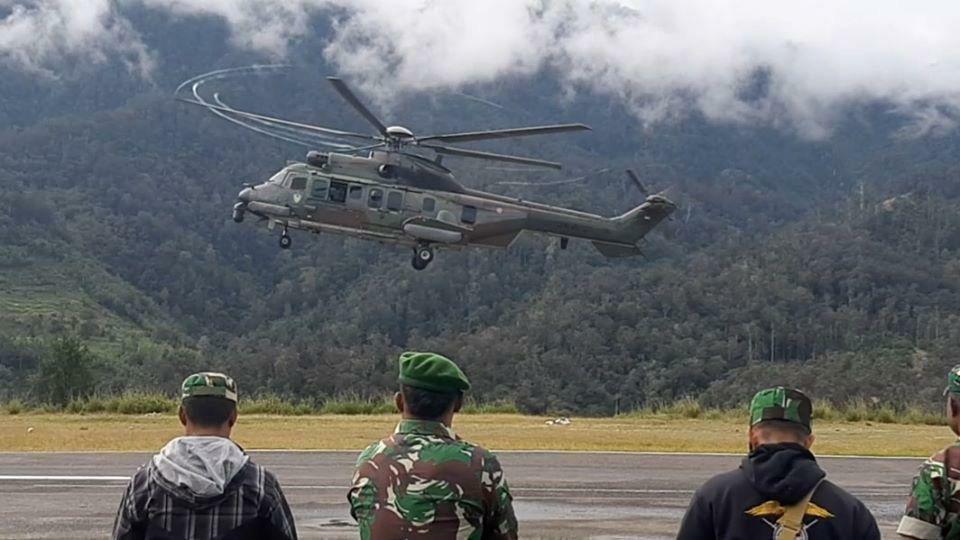 Jayapura, Jubi – The Second Secretary of Papua Customary Council of the Third Papua Congressional Hearing in Biak, John NR Gobai, urges the Papua House of Representatives to clarify the police and military regarding the deployment of security forces in several regencies since the last week.

He said he got the information from the people if 13 December 2019 a total of four helicopters of the air force that transport the armed military forces to Paniai Regency. The next day, about five to ten trucks of military forces departed from Nabire to Dogiyai, Paniai and Deiyai.

“I also get the information, in Sugapa, Intan Jaya Regency on 13 and 14 December 2019, there were military and Brimob personnel sent there using the helicopter. As well as at Beoga, Puncak Regency,” Gobai told Jubi on Tuesday (17/12/2019).

He worried that the troops’ deployment to some regencies would emerge unrest among people during the Christmas.

According to Gobay, some days ago he has asked this issue to the military commander of Cenderawasih/XVII about the deployment that aims to secure the Christmas 2019 and New Year Eve 2020, as well as the shift of on-duty personnel for several months in many areas of Papua to their units.

“I hope the Papua house of representatives immediately asks for clarification on the existence of these troops in many regencies. Do not let this situation occurred for a long time. I am worried it makes people trauma,” he said.

Moreover, he said it would be better if there are no additional troops deployed to many areas in Papua. the security in each regency/municipality should be handed over to local security forces on “We have also asked the National Human Rights Commission to review this situation and back up our request,” he said.