Local leaders are looking for conflict resolution in Papua 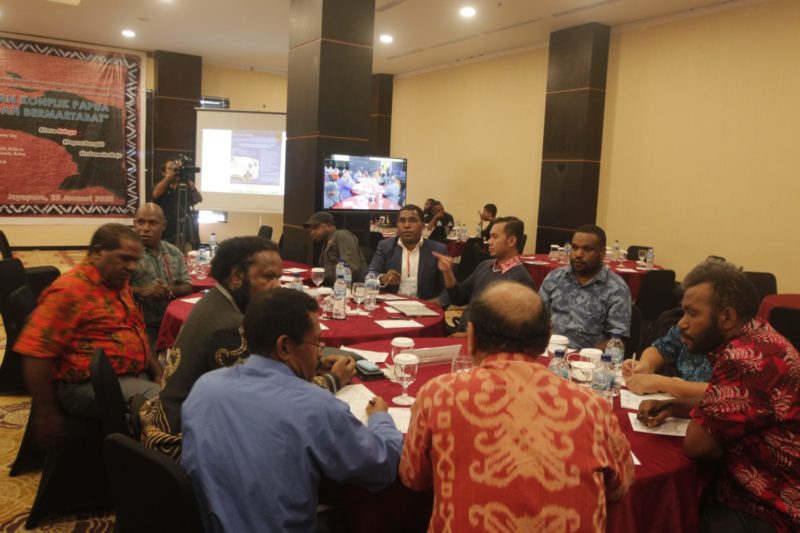 Participants during group discussions to discuss the disputes and Special Autonomy in Papua at Swissbell Hotel Jayapura, Papua. – Jubi/Piter Lokon 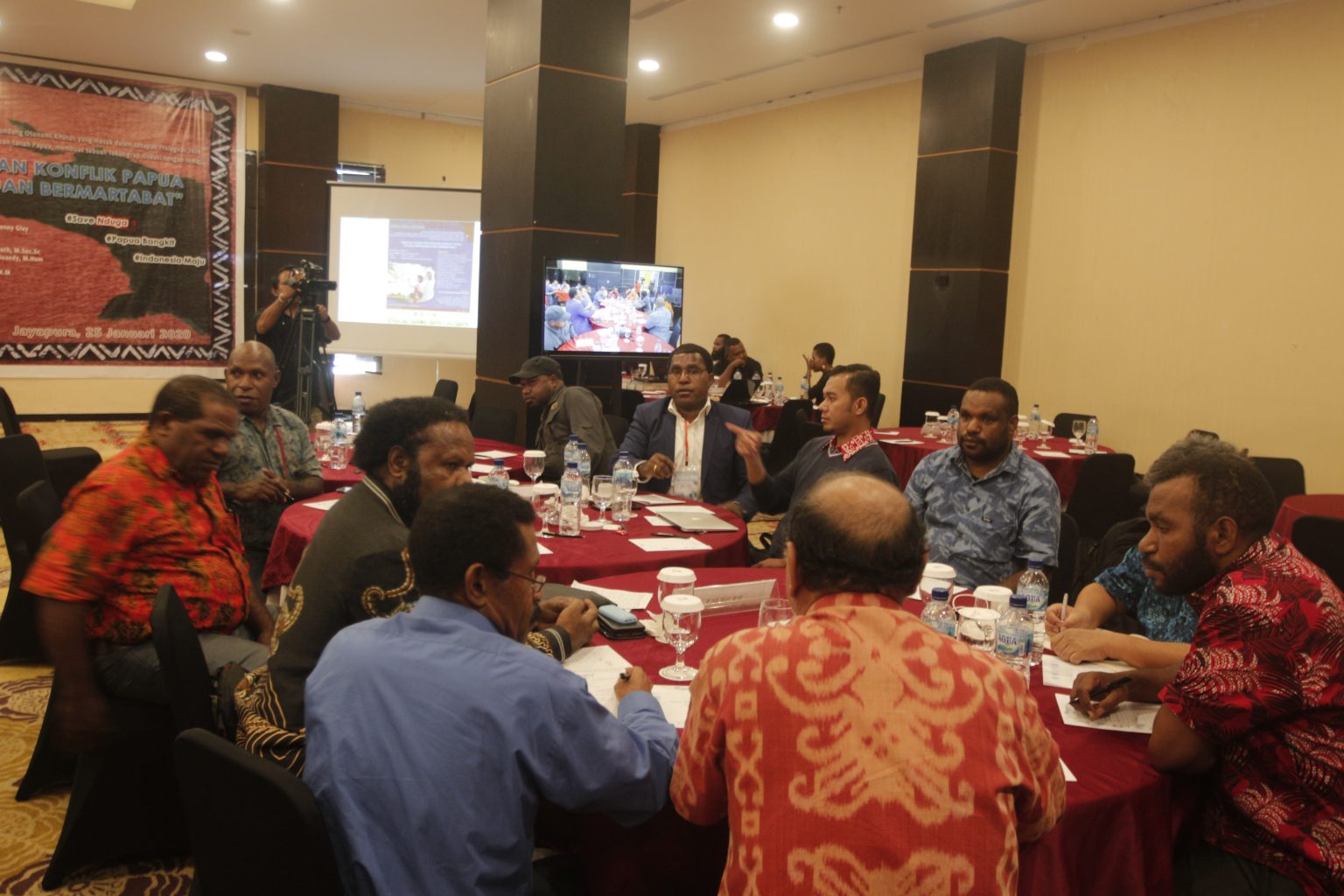 Participants during group discussions to discuss the disputes and Special Autonomy in Papua at Swissbell Hotel Jayapura, Papua. – Jubi/Piter Lokon

Jayapura, Jubi – Some youth leaders in Papua discussed to find solutions over several conflicts recently occurred in Papua on Saturday (25/01/2020).

A Papuan youth leader Samuel Tabuni said the event held to respond to some humanitarian conflicts in Papua. The discussion also examined the clarity of the Special Autonomy bill that is currently under review of Prolegnas (national legislation program).

“This event was held to resolve the conflicts in Papua in a comprehensive and dignified manner. I come from Nduga, and personally, I am raising the voice of my tribe everywhere because they are part of my life,” said Tabuni.

Meanwhile, the First Assistance of Papuan Provincial Secretary, Doren Wakerwa, appreciated this forum by saying that many conflicts occurred in Papua are not the first time to happen.

“Problems in Papua Province are not just emerging now, but it was already here since the integration,” said Wakerwa.

In his speech, he remarked the Governor’s message as the region head in Papua Province asking the people of Papua to set these problems properly.

“Solve these problems by putting forward love and affection. By that, all conflicts and problems in the Land of Papua would be solving properly. But it would not be going to happen if we ignore it,” he said.

No More Other Team to Investigate Paniai Case

TWO ACTIVISTS ARE STILL INVESTIGATED BY THE POLICE, OTHER 41 ACTIVISTS ASK THEIR FELLOW TO BE RELEASED UNCONDITIONALLY