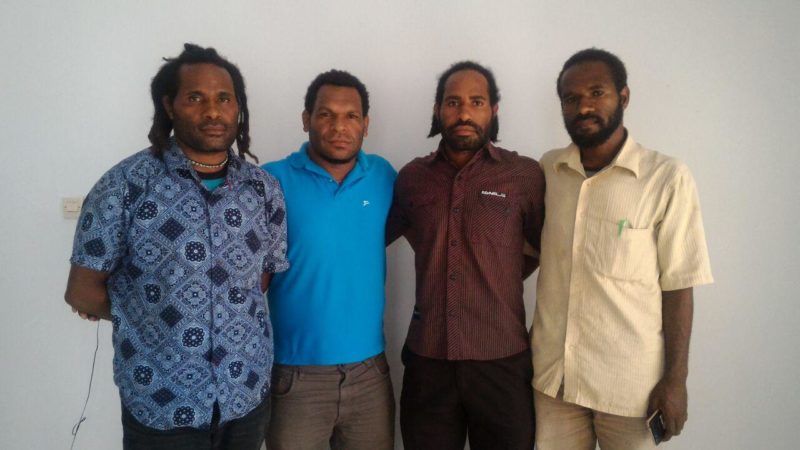 Yahukimo, Jubi – The launch of Herkules aircraft belonging to Indonesian Air Force (AI) A-I332 at Nop Goliat Dekai airport, was marked by a ban on coverage.

Four journalists from suarapapua.com, tabloidjubi.com and Weekly Kabar Kampung are not allowed to cover by police officers of Yahukimo Resort Police and airport officials on Saturday (April 15th).

Herens Lokon, reporter at Kabar Kampung said he was with his director, Yonatan Itlay, and would like to cover the landed plane. But they were stopped at the departure gate by two police officers from Yahukimo Resort police, and an airport employee. They were banned to enter.

Journalists at tabloidjubi.com, Piter Lokon, and Ardi Bayage from suarapapua.com were also prohibited from entering the airport by the same police officers and airport employees.

“They said the ceremony is later in afternoon so we are not allowed to enter, while the plane is landing at the airport,” said Piter Lokon.

According to Piter, when he asked the reason behind the banned, the two police officers and airport employees admitted that they were ordered to do so from Yahukimo Transportation Department and their leaders.

Although the four journalists said they would only like to take photos of the landed Hercules they were still banned by the officers.

They can see inside the airport other reporters coming from Jayapura which ready to cover the arrival of the plane.

“We will not prohibit journalists from covering. We prefer reporters to cover. There is no reason we would like to limit the coverage,” said Mendila.

Deputy Chief of Yahukimo Resort Police, AKBP. Yohanes Itlay claimed to Jubi that he never give orders to prohibit journalists perform coverage for the aircraft launching. He deplored his members’ attitude towards journalists.

“We never order to ban the media coverage. Probably the our officers who banned the journos were busy serving the people at the entrance, “said the Deputy.(*)

APF Dili 2016 : Papua Should be Common Issue of ASEAN