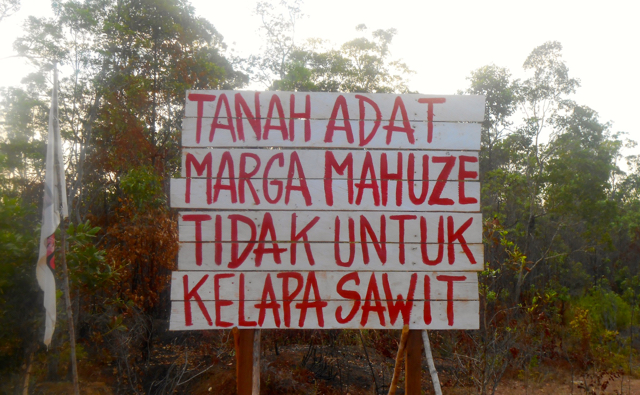 Jayapura, Jubi – Papua Provincial Government urged local governments to not issue business permits at will, especially in the sectors of plantation, forestry, fisheries, marine and mining.

Papua Provincial Secretary Hery Dosinaen said both regional and municipal governments should review permit applications carefully.
“All natural wealth of each regency and municipality must be well managed, but permit applications should be verified carefully,” Dosinaen said in a press release received by Jubi in Jayapura on Wednesday (5/10/2016).
In addition, said Dosinaen, the Papua Province should give its appreciation towards the Corruption Eradication Commission (KPK), which have paid their attention to the management of permit and another aspect for the plantation sector in particularly by conducting the coordination meeting and supervision on the management of oil palm plantation in line with the national movement on the natural resources rescue (GNP-SDA).
“KPK personally admitted to be ready to oversee the all aspects, including the natural resources that would be managed,” he said.
Meanwhile, the Section Head of the Catch Fisheries of Marine Office Agus Rahmawan said the process of permit in Papua has been well implemented, but the existing rule should be continuously socialized among the entrepreneurs and relevant apparatus, especially about the regulation of business permits.
“So it aims to implement the regulation appropriately and properly, starting from the service, issuing and controlling of the business permit of catch fish in the territorial of the provincial government, especially in the Aru and Arafura seas,” said Agus. (*/rom)

Dark Experience of Freeport Not Be Repeated in Merauke