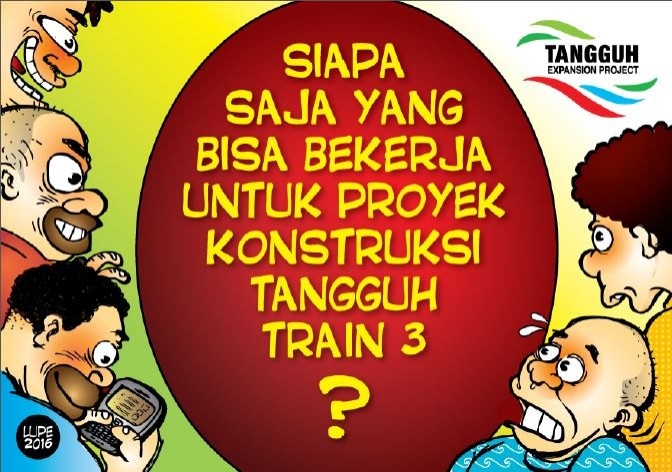 A campaign banner from BP, said "Who are eligible to work for construction project Tangguh Train 3?" - bp.com

A campaign banner from BP, said “Who are eligible to work for construction project Tangguh Train 3?” – bp.com

Elect ILO (member of the International Labor Organization), Jan Waromi told Jubi in Sorong, Sunday (2/4/2017), that contractors and workers on the project are brought in from outside Papua.

According to Jan Waromi there several local contractors who want to invest in LNG cran 3 construction but do not involve Papuan indigenous set a bad precedent for BP Indonesia and Tangguh.

“The statement delivered by the director of BP said that they have empowered indigenous Papuans is only an empty statement,” he said.
He suspects the company brought thousands of workers and several contractor to Papua through Ambon, Maluku Province.

“Why is it for cutting grass, tree, welding and manual labor they brought labor power from outside Papua?” he said.

BP Indonesia Media Officer, Wigra as confirmed by Jubi said they can not leave a comment. They will release official statement in response to ILO statement and will be addressed in discussions with management.(*)

Current conditions of Nduga refugees: getting sick, trauma and injuries